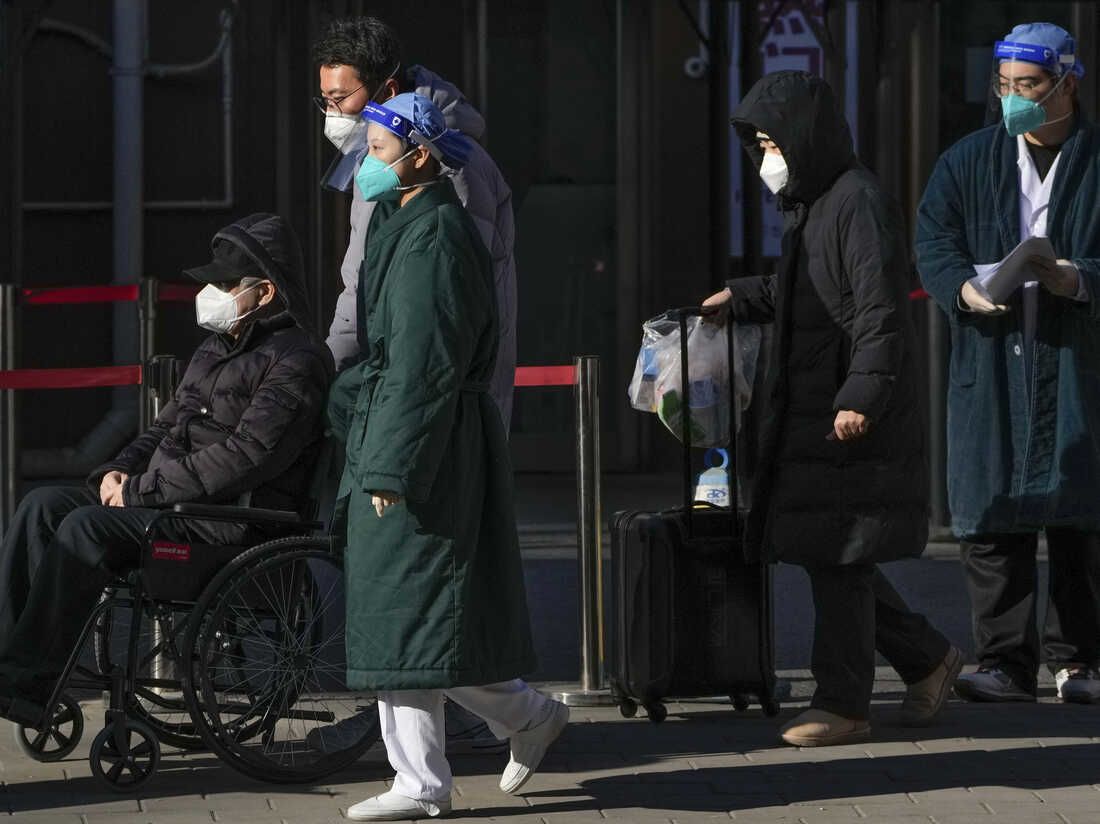 Some 59,938 COVID-related deaths were recorded between December 8, 2022, and January 12, 2023, Jiao Yahui, Bureau of Medical Administration head, told reporters, adding that cases had peaked and were declining.

Nationwide, "the number of fever clinic visitors is generally in a declining trend after peaking, both in cities and rural areas," he said.

The reported death toll only included those who died in the hospital, meaning more may have died at home.

Of the almost 60,000 deaths, 5,504 were due to respiratory failure brought on by COVID-19. The rest were due to other underlying illnesses combined with a coronavirus infection.

China only includes the deaths caused by COVID respiratory failure in its official coronavirus death toll.

Nevertheless, this new batch of data brings China's official COVID-19 death toll up to 10,775, more than double where it stood earlier in the month.

The average age of those included in Saturday's results was 80.3 with more than 90% being over 65. Most also had underlying health conditions.

Millions of elderly people in China have not been vaccinated against the virus.

Wen Daxiang, a Shanghai Health Commission official, said that monitoring and management of high-risk individuals would be increased.

He also said that authorities would boost the supply of drugs, equipment and medical training to tackle infections in rural regions.