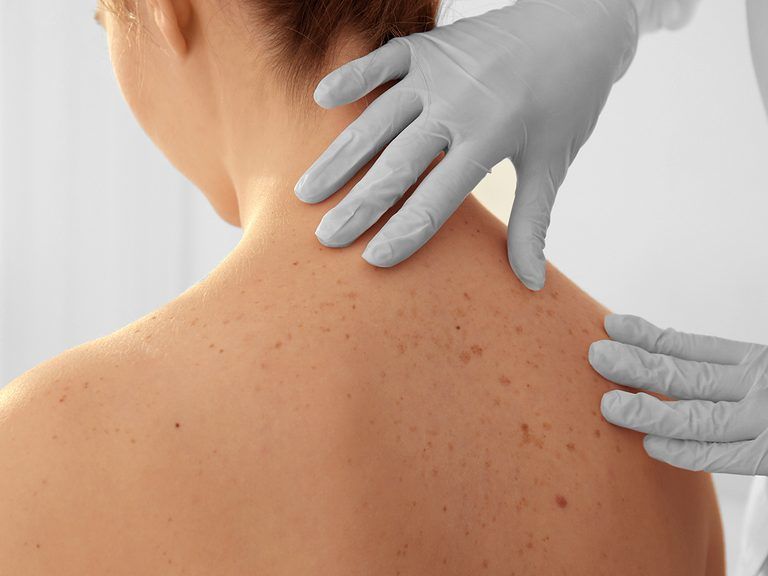 Dermatologist tips that can save your skin and your life

Skin cancer is more common than you may realize. In Canada, about a third of all new cases of cancer are skin cancers, according to Health Canada. In 2020, 8,000 Canadians are predicted to be diagnosed with melanoma skin cancer. To keep you and your family safe, keep these skin cancer facts in mind. 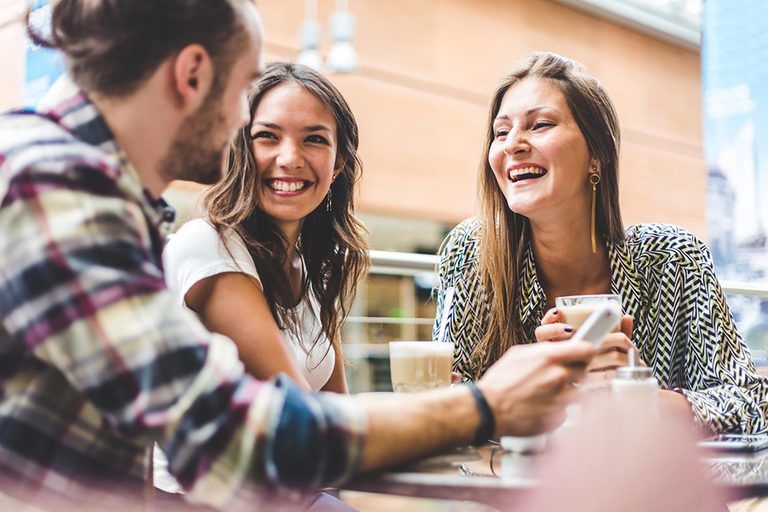 Skin cancer is on the rise among young people

Melanoma, the potentially fatal form of skin cancer increased eightfold for women under 40 and fourfold among young men since 1970, according to research published in Mayo Clinic Proceedings. The researchers suggest that tanning, along with better detection, may be driving the uptick. What’s more, melanoma in children, while still extremely rare, increased about 2 percent per year from 1973 to 2009 among U.S. children from newborns to age 19, according to research in Pediatrics. And it’s not just melanoma either, says Andrew C. Krakowski, MD, the chief medical officer at DermOne in Conshohocken, Pennsylvania. “I took care of two 5-year olds with a syndrome that caused them to make basal cell skin cancers-about 500 of them each!” (Also, check out the skin cancer treatments that could save your life.) 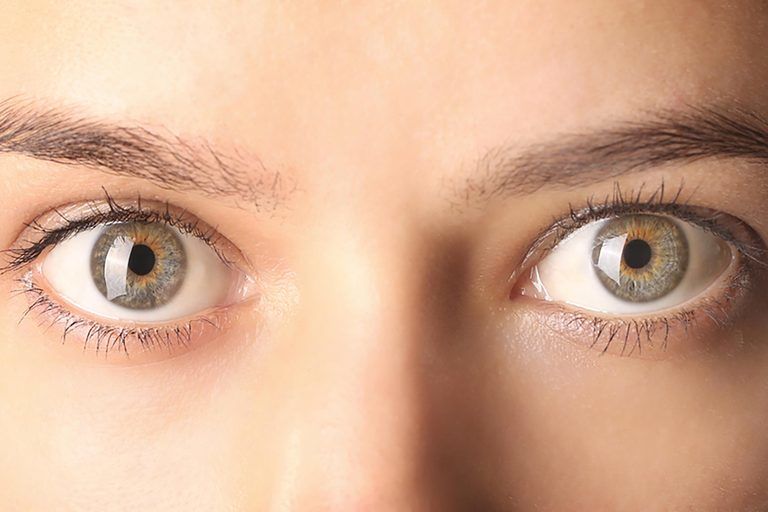 You can get skin cancer in your eyes

Ocular or eye melanoma can present as a freckle inside the eye, says San Diego-based dermatologist Mona Z. Mofid, MD, medical director of the American Melanoma Foundation. In 2016, 290 Canadians were diagnosed with eye melanoma, according to the Melanoma Network of Canada. “The eyelid area is also a common site for other types of skin cancer such as basal cell and squamous cell and these often go unnoticed,” Dr. Mofid says. Read about how one woman’s blurry vision turned out to be eye cancer. 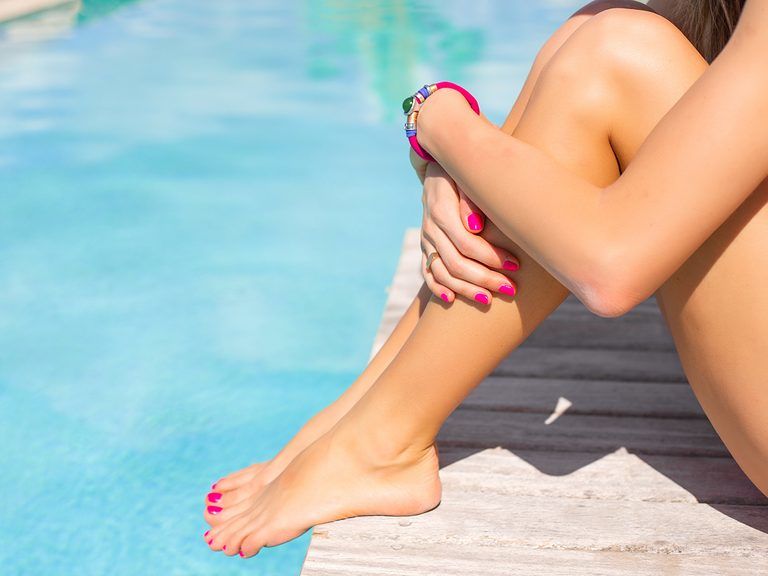 Skin cancer can develop where the sun doesn’t shine

Seems unfair, but you can develop skin cancer in places like the underside of the penis, inside the vagina, and in the crease of the buttocks, says New York City dermatologist and Mohs surgeon Michelle Henry, MD, also a clinical instructor of dermatology at Weill Cornell Medical College. And if you have ever wondered why your dermatologist spreads your toes during your annual skin cancer check, it’s because melanoma can turn up there, as well, adds New York City dermatologist Dendy E. Engelman, MD. “I have diagnosed Invasive melanoma between the toes of a 64-year-old lady,” she says.

“I found a pigmented basal cell carcinoma in a 50-year-old Hispanic woman’s armpit which looked just like a skin tag, but the clincher was that it kept growing and would bleed time and again,” says Adam Friedman, MD, an associate professor of dermatology at George Washington School of Medicine and Hospital in Washington, D.C. “This is why it is so important to have yearly skin checks so that a trained professional can look at every nook and cranny where one can’t or would not even want to look,” he says. 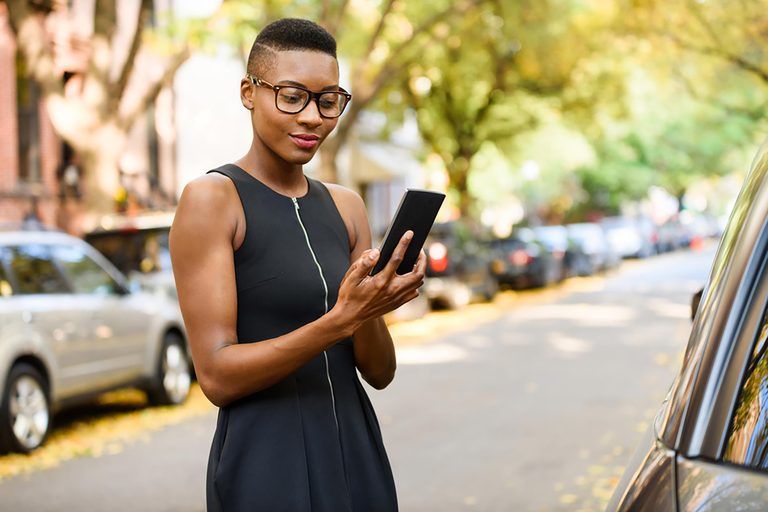 Darker skin is not protected from skin cancer

People with darker skin may be less likely to develop skin cancer, but when they do, it is often more advanced by the time it’s caught and therefore more difficult to treat. The estimated five-year melanoma survival rate for Black people is 69 percent, compared to 93 percent for white people, according to the Skin Cancer Foundation. “Monthly self-exams (including between the toes), as well as regular skin checks by your dermatologist, can help with early detection.” 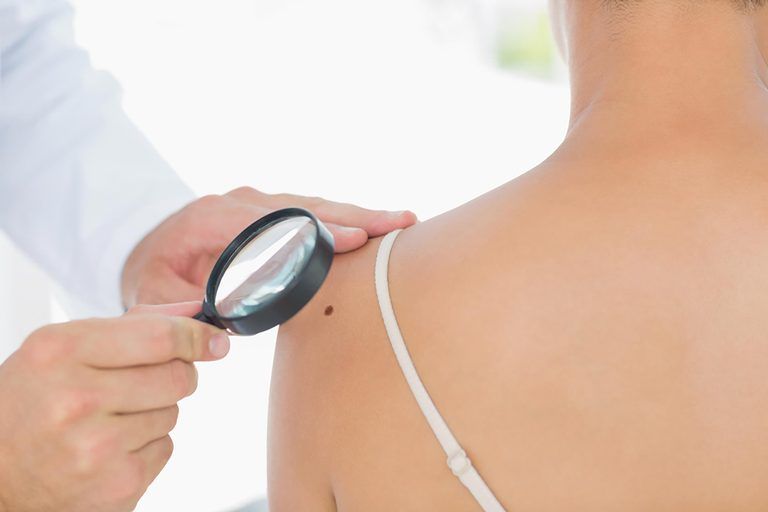 Irregular, growing moles are the most common sign of skin cancer, and the “ABCDE rule” serves as a good guide for identifying melanomas.

Asymmetry: The mole is misshapen.
Border: The edges are irregular.
Colour: The colour is not the same all over and may include shades of brown or black, sometimes with patches of pink, red, white, or blue.
Diameter: The spot is larger than a pencil eraser.
Evolving: The mole is changing in size, shape, or colour.

But melanomas also may look like sores or pimples that don’t heal, according to the Canadian Cancer Society. These same skin cancer symptoms also may be signs of basal or squamous cell skin cancers. 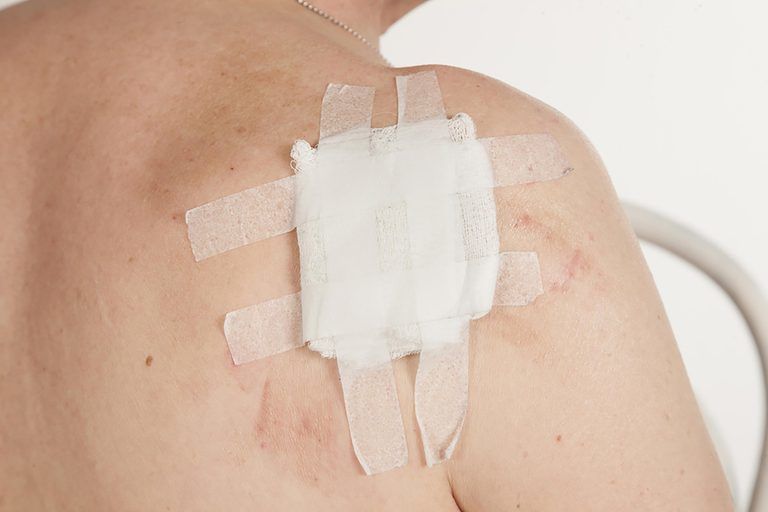 There is no good type of skin cancer

Melanoma is the deadliest form of skin cancer, which is why some people refer to the other types of skin cancer (basal cell or squamous cell) as the “good kind.” There is no good type of skin cancer. Untreated squamous cell skin cancers, in particular, can grow large, cause discomfort, and can spread. Basal cell carcinomas can also cause disfigurement if not treated early, according to experts at the Skin Cancer Foundation. 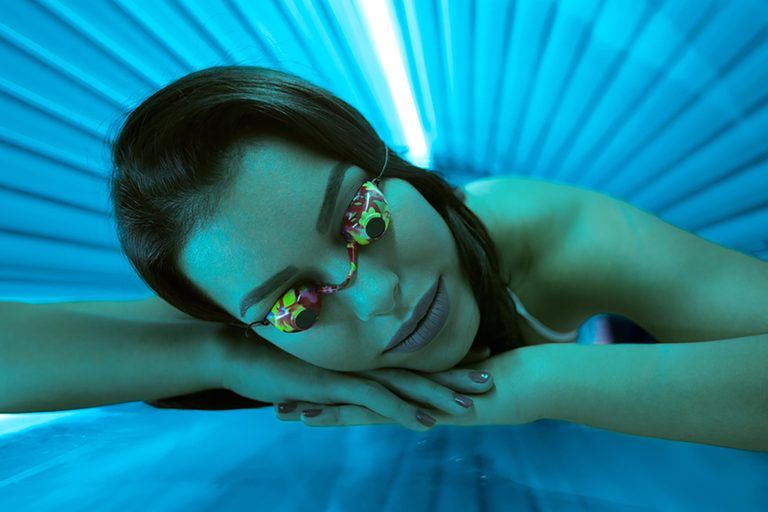 Exposure to the sun’s ultraviolet rays is the main cause of skin cancer-and indoor tanning booth sessions increase risk as well-but your genetics play a role. If someone in your family has battled skin cancer, you could be at increased risk. Another risk factor is if you’ve ever had to take immunosuppressant drugs after organ transplantation because the medications suppress immunity. (Want a summer glow? Here’s how to get a sunless tan.) 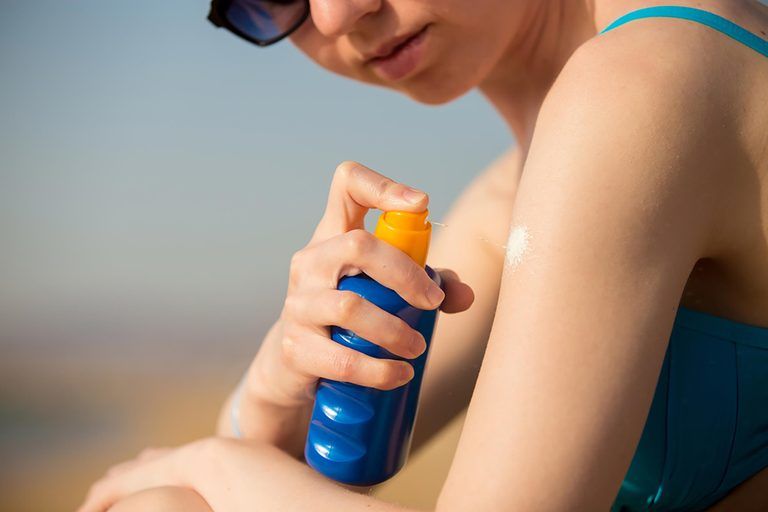 We still don’t use enough sunscreen!

Most of us don’t apply the recommended amount of sunscreen. Here’s the deal: One ounce (a shot glass) is what you need to cover all your exposed skin, and you should apply it to dry skin 15 minutes before stepping outside. Then you have to reapply every two hours, or after swimming or sweating, according to Health Canada. Choose a broad-spectrum sunscreen-which means it blocks both UVA and UVB rays-with an SPF of at least 30. It’s important to use sunscreen all year round-not just when you hit the beach.