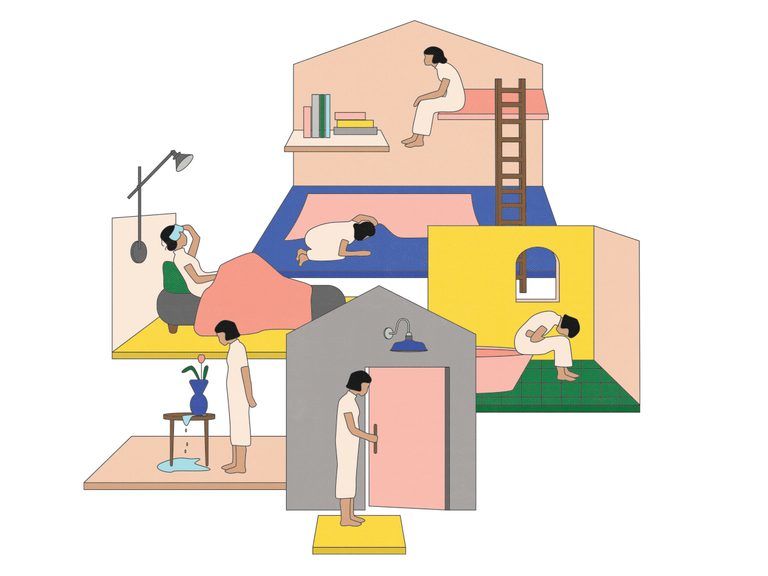 9 Things You Didn’t Know (And Might Forget) About Perimenopause

Menopause is identified in the rear-view mirror: It’s only after a woman has gone a full year without a period that she’s considered menopausal.

The time before that - stretching, on average, over four years but potentially up to a decade - is the chaotic and annoyingly unpredictable stage known as perimenopause. That’s when we can experience all the flushed, foggy, oily, moody, sleep-sabotaging symptoms of menopause without the benefit of at least getting to ditch our tampons. No two women undergo perimenopause exactly the same way, but many of us will want to strap in tight. Here’s a road map to what lies ahead.

1. Your hormones will go haywire

Estrogen serves a bunch of different functions in our bodies: At normal levels, it keeps our heart healthy, our bones strong, our minds sharp and our cholesterol in check. It also (no surprise!) plays an important role in our menstrual cycles. For most of our reproductive years, our ovaries produce estrogen to develop the uterine lining to support pregnancy, while progesterone, typically produced during ovulation, is used to control that growth. No pregnancy? Estrogen and progesterone levels both drop, the lining sheds and you reach for a carton of ice cream.

But as women age, our ovaries don’t make estrogen or progesterone in the same way. And that throws the whole delicate system out of whack, causing estrogen to spike at certain times and plummet at others. “You get these fluctuations -  sometimes higher, sometimes lower - as your overall estrogen levels drop over the perimenopausal period,” says Dr. Lindsay Shirreff, obstetrician and gynecologist at Mount Sinai Hospital in Toronto. “And it’s the fluctuation in estrogen that leads to all those bothersome symptoms.”

2. Things are going to get damp

Here’s what we do know: A sudden onslaught of sweatiness - known by sunrise as hot flashes and by sunset as night sweats - will be experienced by as many as 55 percent of perimenopausal women, making it one of the most common symptoms. We know each episode tends to last between three and 10 minutes, and can occur daily, even hourly, for certain women but just occasionally for others. Sometimes you might feel a little warm, and sometimes you can be left soaked.

Here’s what we don’t know: what exactly provokes these wretched spells. The best guess is that hormonal changes tell the hypothalamus - that’s the part of the brain that helps control temperature - that the body is too hot, which triggers copious sweating, a trick to cool us down. But even after roughly 50 years of studying the physiology of menopausal hot flashes, no one has nailed down the actual cause.

3. There will be blood

During perimenopause, your menstrual cycle will likely become irregular. Some women might experience a spike in estrogen, causing the uterine lining to become thicker, and a drop in progesterone, which can lead to unrestrained lining growth. The result? “So much heavy bleeding,” says Dr. Nese Yuksel, a professor with the faculty of pharmacy and pharmaceutical sciences at the University of Alberta. Other women might experience the opposite, with lighter bleeding. More than a quarter of perimenopausal women surveyed by the University of Michigan in 2014 had at least three periods in six months that went on for - brace yourself - 10 days or more. A whopping 91 percent of women had between one and three super periods over a span of three years. For most women, the time between cycles lengthens over perimenopause, giving the lining a greater chance to build up before its dramatic exit. But some women will see their periods get closer and closer together as a result of that hormonal imbalance. 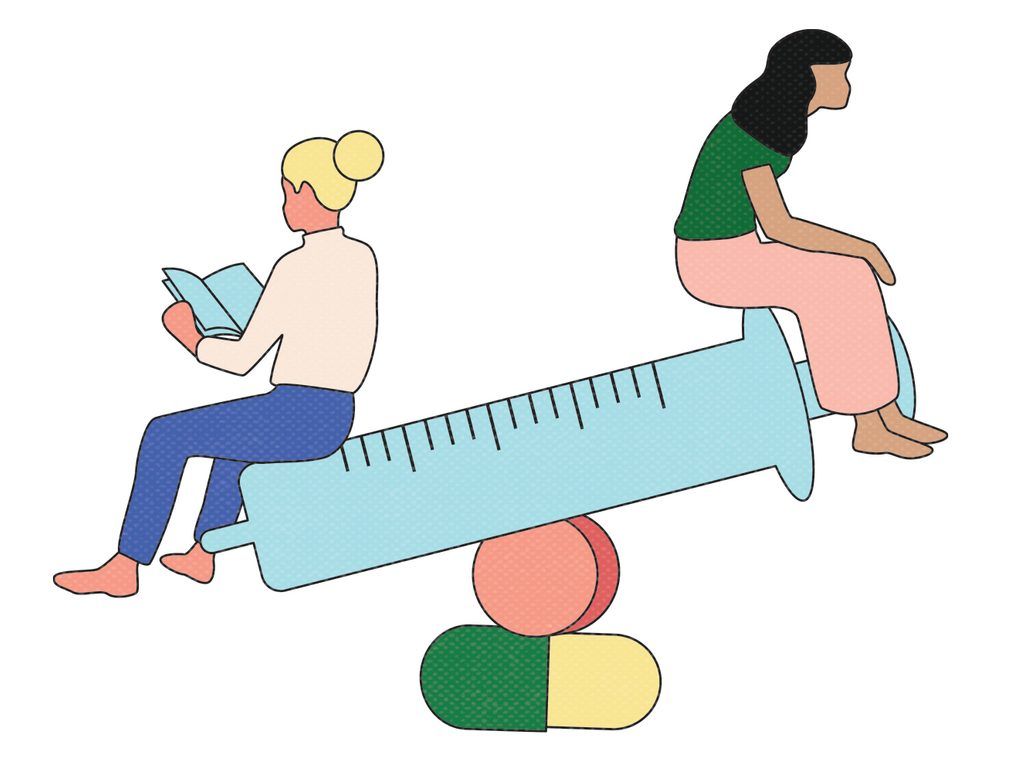 4. There could be a baby

“Yes, women can still get pregnant in perimenopause,” Yuksel says. The general quality and number of our eggs may be declining during this time, but there’s always that unforeseen overachiever. If you choose a hormonal contraceptive to avoid a surprise pregnancy, there is another bonus: Certain types of oral contraceptives and progestin IUDs can also be treatments for heavy periods.

Maybe it’s a drop in the hormones that once upon a time caused us to feel frisky. Maybe it’s that perimenopausal women are 40 percent more likely than their younger selves to experience frequent pain during sex, most often as a result of vaginal dryness. Maybe it’s - remember? - all that sweating. “There are lots of things that contribute to a loss in women’s libido,” Shirreff says. “It’s definitely a common complaint.”

But while 75 percent of women surveyed by the Study of Women’s Health Across the Nation (SWAN) say sex is moderately to extremely important to them, a collapsed sex drive can be seen by society - and doctors - as inevitable at this time. “There’s this idea that you should have low libido, like, ‘Look at you: You’re so busy looking after everybody, your children, your parents, your job,’” Yuksel says. “There can be a lot of gender bias, unfortunately, toward women’s health and sexuality. Generally, people don’t feel comfortable talking about vaginas.” But it’s critical to steel yourself and have this conversation, she says, because there are treatments available for perimenopausal symptoms.

Mood swings? Oh, very much so. Up to 70 percent of perimenopausal women confessed to being irritable (according to researchers at McMaster University and the University of Toronto), while women who entered perimenopause with low levels of anxiety saw their likelihood to feel high anxiety triple (says a 10-year multi-ethnic study from SWAN). “Women who have a history of clinical or postpartum depression are more predisposed to feeling depression at this time, but even women without that history can feel out of control,” Yuksel says. In fact, an eight-year study from the University of Pennsylvania found that women who had never experienced a depressive episode before were four times more likely to do so during perimenopause.

Then there’s the acne: Falling estrogen levels can result in a rise in androgens, which trigger excess sebum, causing pimples to erupt across your face. There’s also the listlessness: More than half of perimenopausal women are fighting fatigue. And then there’s, god help us, the hair: The Cleveland Clinic found increased facial hair growth occurs. It’s the triumphant return of puberty, only this time…

There’s a decent chance you don’t sleep well already: At some point, one in four women will experience symptoms of insomnia. But during perimenopause, that rate jumps as high as 42 percent - after all, it’s hard to enjoy eight hours of blissful slumber when you keep waking up sweaty in the middle of the night. Decreasing estrogen makes it more difficult to fall (and stay) asleep, and it’s also associated with sleep-disordered breathing. In fact, a 2018 study in the Nature and Science of Sleep found that women transitioning into menopause are more likely to suffer from serious sleep apnea.

8. Your bladder and abdomen and pelvis might start to feel…weird

Look: There’s just going to be a lot more peeing. A University of California study revealed that 34 percent of women age 40 and older get up once a night to use the bathroom, and one-third of that group makes the trip a second time or more. And a University of Washington review found that irritable bowel syndrome (IBS) symptoms - bloating, bowel discomfort, abdominal pain - are more common in perimenopausal women, regardless of whether they actually have IBS.

You also might notice that your pelvic floor isn’t feeling its usual self. As muscles and ligaments stretch and weaken, especially in women who’ve given birth, over time they no longer provide enough support for the uterus, leading to pelvic organ prolapse. “It can happen at any age, but most often it affects postmenopausal women who have experienced a drop in estrogen levels,” Shirreff says. Good news: Mild prolapse doesn’t require treatment. Better news: A study of participants in the Women’s Health Initiative found that spontaneous regression is common, especially for mild prolapse. 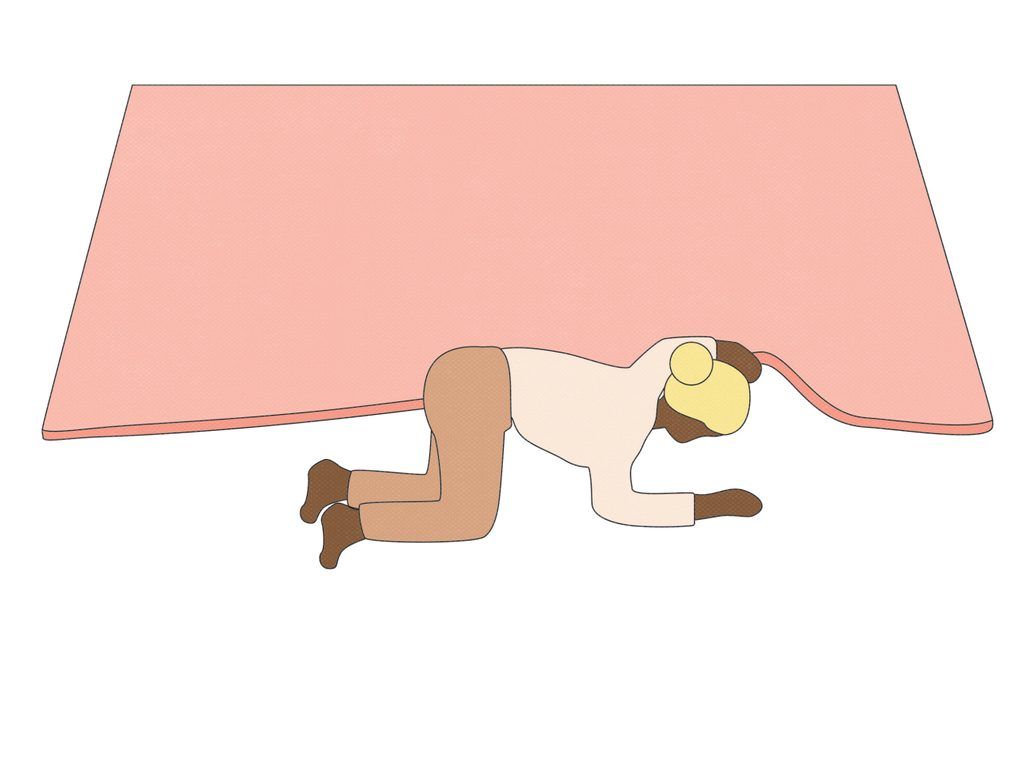 Start tying strings around your fingers - and maybe your phone, your keys and your kid. “Brain fog is incredibly common during perimenopause,” Yuksel says. “I see this with my own friends: ‘I can’t remember this word; I don’t know what’s going on.’” In the 2016 Seattle Midlife Women’s Health Study, nearly three-quarters of women said they had problems summoning names, while half struggled to remember where they put things, what they just said, what they just heard and what they were, at that precise moment, meant to be doing.

“Forgetfulness and difficulty thinking clearly is related to a drop in estradiol around the time of perimenopause,” Shirreff explains. Estradiol, the most potent of our three estrogen hormones, is a crucial part of memory formation and cognitive function; as it goes, so too does our concentration and recall. You might think that hot flashes, sleep disturbances, depression and anxiety would compound these problems, but nope: A six-year analysis from SWAN found they don’t account for the fog of perimenopause. Our brain works in mysterious ways.

Just as mysterious? Our brain’s ability to bounce right back. A separate four-year analysis from SWAN confirmed that our cognitive woes have an expiration date: Once women transition fully into menopause, brain function rebounds to its premenopausal state. That’s not to say, however, that we should all suffer through cognitive disturbances - or mood swings, or super periods or pelvic organ prolapse - until perimenopause passes and order is restored. “More research and overall conversation is needed about perimenopause, and one part of the misinformation is that there aren’t options to help,” Yuksel says. “There’s a physiological reason for all of this, and there are evidence-based treatments available too.”