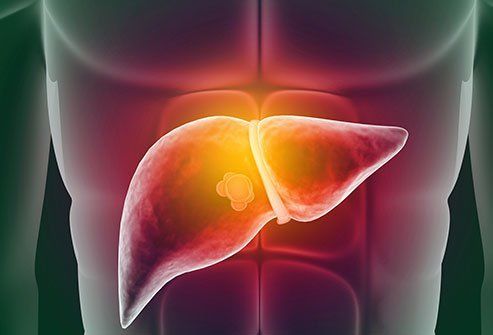 Can a Liver Hemangioma Go Away on Its Own?

No, liver hemangioma doesn’t go away without treatment.

People who have liver hemangioma rarely experience signs and symptoms and typically don't need treatment. They are generally small and even if they become large they may not carry significant risk. As per research, cancer formation has not been reported in liver hemangiomas. Hence, most asymptomatic liver hemangiomas are left untreated. No medical therapy capable of convincingly and permanently reducing the size of hepatic hemangiomas has been described. Treatment of hemangiomas usually involves surgery to remove the tumor only if it is causing significant symptoms.

What is a liver hemangioma?

A liver hemangioma is a noncancerous or nonaggressive tumor made of widened blood vessels that are irregular in arrangement and size. They are the most common benign tumors affecting the liver. A liver hemangioma may usually appear dark blue or purple due to the presence of the dark blood in them. They may range from pinpoint size to larger than the size of a grapefruit. They can be congenital (by birth) or may occur later in life. Liver hemangiomas are most common in people in their 30s to 50s. Also, it is more common in women than in men. They tend to grow slowly and are sensitive to hormonal changes. Most liver hemangiomas are discovered while a patient is being examined for some other reason (incidental finding). Rarely, a liver hemangioma may grow and cause symptoms, such as

Pain, vague discomfort or fullness in the right upper area of the stomach
Feeling full even after eating a small amount of food/poor appetite
Nausea and vomiting
Jaundice
Gastrointestinal bleeding
Gastrointestinal reflux disease
Fever of unknown origin
Difficulty breathing (pressure on the diaphragm, above the liver)

When and how is liver hemangioma treated?

As discussed above, liver hemangioma is not treated until it causes significant symptoms. The treatment options depend on the location and size. It is usually solitary, but a few patients may have multiple hemangiomas in their liver. Patients with large hemangiomas (i.e. >10 cm) may require long-term follow-ups and treatment as they are at increased risk of complications. Initially, they may be managed by corticosteroids or heart failure medications, depending on the patient’s symptoms. However, in rare cases, surgery may be required.

Liver artery embolization: Injecting medication into the artery to block the blood supply. Healthy liver tissue is unharmed because it can draw blood from other nearby vessels.

Radiation therapy is rarely used. It uses powerful energy beams, such as X-rays, to damage the cells of the hemangioma.
In most cases, a hemangioma can be separated from the liver through surgery.
In some cases, surgeons may need to remove a portion of the liver along with the hemangioma.
In a very rare event, where the patient may have a large hemangioma or multiple hemangiomas and those can't be treated by other means, the doctor may recommend surgery to remove the liver and replace it with a liver from a donor.

What is the outlook of patients with liver hemangioma?

The overall outlook for most patients with a liver hemangioma is favorable because they remain asymptomatic and rarely cause significant complications. In case they cause significant symptoms, treatment options are available to ensure that they do not become fatal.