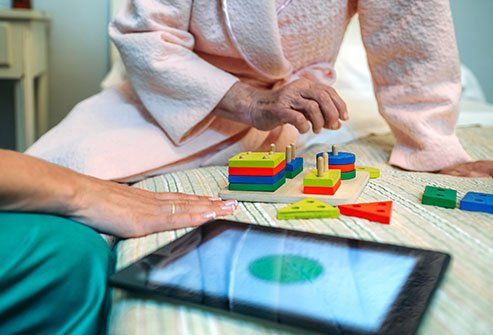 Can Alzheimer’s Go Away?

Alzheimer's disease (AD) is a degenerative disease of the brain, resulting in memory loss, cognitive decline, and personality changes.

So, the disease cannot go away or be cured. Alzheimer’s disease is the most common cause of dementia (loss of memory and cognitive skills). People with Alzheimer's disease first develop memory loss. As the disease progresses, memory loss worsens and problems with thinking, decision-making, reasoning, language, or perception develop. Alzheimer's is a disease with no cure, but there are ways to stop or slow its progression with medications and other therapies. These can treat symptoms and improve the quality of life.

What happens in Alzheimer’s disease?

The exact causes of Alzheimer’s disease (AD) are unknown. Scientists believe that Alzheimer's disease may be caused by an abnormal buildup of proteins: beta-amyloid and tau. Beta-amyloid buildup forms plaques around brain cells. Tau deposits form twisted fibers called tangles within brain cells. As these proteins accumulate in and around the brain cells, the brain starts to lose its ability to function properly, this leads to loss of brain tissue, and eventually, the brain dies. The tissue damage also causes the affected parts of the brain to shrink (atrophy).

Initially plaques and tangles damage parts of the brain that control memory, thought, and language. Later they spread and damage other parts of the brain, leading to neuronal degeneration and progressive cognitive decline.

What are the signs and symptoms of Alzheimer’s disease?

Characteristic symptoms of Alzheimer’s disease are:

Persistent memory loss:
Forgetting important dates or events
Confusion and disorientation with places (getting lost)
Confusion with date or time of the year
Asking for the same information repeatedly
Losing or misplacing things
Vagueness in everyday conversation

The progression of Alzheimer’s disease is measured in seven stages:

Stage I: No symptoms appear but early diagnosis is made based on family history.
Stage II: Symptoms, such as absent-mindedness, appear.
Stage III: Reduced memory and concentration appear.
Stage IV: Memory loss with the inability to perform everyday tasks. Alzheimer’s is usually diagnosed at this stage and considered mild.
Stage V: Moderate to severe symptoms appear.
Stage VI: A person may need help with basic tasks, such as eating and wearing clothes.
Stage VII: This is the final and severe stage of Alzheimer’s. Symptoms include:

Can Alzheimer’s disease be cured?

There is no known cure for Alzheimer’s disease. However, some drugs may help delay symptoms, slow the progression of the disease, support mental function, regulate behavior, and improve the quality of life. They are:

Can Alzheimer's disease be prevented?

There is no known definitive cause for Alzheimer’s disease. Hence, the disease cannot be prevented with certainty. Nonetheless, healthy lifestyle habits that promote good brain health and prevent cognitive decline include: