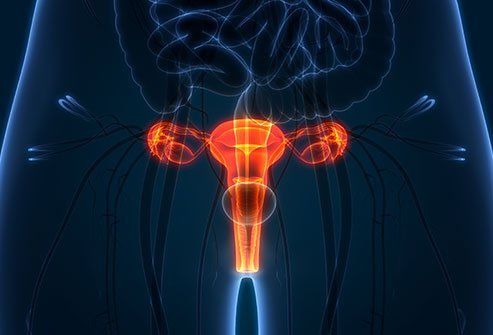 Can You Have a Pelvic Inflammatory Disease Without Having an STD?

In about 10% of cases, pelvic inflammatory disease (PID) may occur without having an STD.

PID is the infection and swelling of the female reproductive organs. It can involve the vagina, uterus, fallopian tubes and ovaries. The risk of pelvic inflammatory disease (PID) increases if one has STDs/STIs (sexually transmitted diseases/infection), such as gonorrhea and chlamydia or a history of STD.

The majority of PID is sexually transmitted. Nonsexual PID may occur in

The most common causative microorganisms of PID are sexually transmitted. They include

Several other bacteria can also cause PID, such as

What are the risk factors of pelvic inflammatory disease?

Some factors that can increase the risk of PID are

Having unprotected sexual intercourse
Being a sexually active women younger than 25 years old
Having multiple sexual partners
Being in a sexual relationship with a person who has multiple sexual partners
Frequent vaginal douching that creates an imbalance of good versus harmful bacteria in the vagina
Using a tampon, intrauterine device (IUD) or douche within the 3- to 6-week-long period after an abortion or childbirth when the mouth of the uterus remains open and is susceptible to infection
Using a long-term birth control device, such as an IUD
Having a history of STDs or PID

What are the signs and symptoms of pelvic inflammatory disease?

Lower abdominal pain that may be mild or severe
Fever with or without chills
Heavy, foul smelling vaginal discharge
Abnormal uterine bleeding, especially between menstrual cycles and during or after intercourse
Pain during urination and increased frequency of urination
Painful sexual intercourse

When to see a doctor

Can pelvic inflammatory disease be prevented?

The following can help reduce the risk of pelvic inflammatory disease

Safe sexual practices: Using a condom every time during intercourse, limiting the number of sexual partners and being aware of the partner's sexual history can reduce the risk of STDs and PID.


Safe childbirth and abortions: It is advised to avoid home births because they can increase the risk of infection after delivery, which can lead to PID. It is also advised to avoid getting an abortion done in centers that are not licensed because they may not follow standard hygiene protocols.


Getting tested regularly: It is advised that sexually active women and men, who are at risk of getting an STD, get tested regularly. This helps in early diagnosis and treatment, reducing the risk of complications.


Periodic visits to the gynecologist: Since PID can be caused by a wide range of microorganisms and many women may be asymptomatic for a long time, periodic consultations with the gynecologist can help detect diseases early and maintain reproductive health.