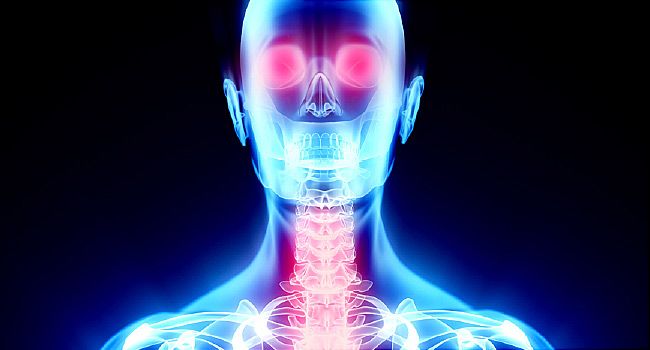 Scientists aren't sure why some people get neuromyelitis optica (NMO), a rare disease that affects nerves in your eyes and spinal cord. But they know some of the risk factors. Learn more about the causes of NMO.

Neuromyelitis optima (NMO), also known as Devic’s disease, is a disease where your immune system attacks nerves in your eyes and spinal cord. It's so rare that only about 4,000 people in the United States have it.

Scientists are pretty clear about what happens in your body when you have NMO. And they've found some things that put you at higher risk of having it. But they don’t know exactly why some people get the disease and others don’t.

What Happens in NMO?

Nerve cells throughout your body carry messages to and within your brain. They're surrounded by a protective coating called myelin.

When you have NMO, your immune system attacks the myelin in your spinal cord and optic nerves. The optic nerves, located in the back of each eye, carry information about what you see from your eyes to your brain.

In most cases of NMO, your immune system attacks a protein in your myelin called AQP-4 (aquaporin-4). Sometimes, it affects a different part of your myelin called MOG (myelin oligodendrocyte glycoprotein). Either way, the attacks lead to damage that cause symptoms of NMO.

Damage to your optic nerves can cause eye pain and vision loss. In your spinal cord, it can bring weakness and loss of feeling in your arms and legs, and it sometimes causes problems with bladder and bowel control. NMO can eventually lead to paralysis.

Researchers have identified some things that are more common among people with NMO. But having one or more of these risk factors doesn’t mean you'll get the disease:

Sometimes, people get NMO after having an infection. You may also be more likely to get it if you have another autoimmune disease.
Research has linked NMO to changes (called mutations) in a group of immune system genes called the major histocompatability complex. But usually just one person in a family gets NMO. So researchers don’t think there is a strong hereditary connection.
Lack of vitamin D may raise your odds for NMO. Smoking might, too.
Women are more likely to get NMO than men.
People of color are more likely to get it than white people.

NMO and multiple sclerosis have some similar symptoms, like eye problems and weakness. Doctors used to believe that NMO was a type of multiple sclerosis. But they now consider them separate and unrelated conditions.

NMO attacks are usually worse than MS flares. NMO more often leads to serious problems than MS does. And treatments for the two diseases are different.

There are two types of NMO:

Most people with NMO have the relapsing form. If you have this type, you have multiple flare-ups of the disease, months or years apart, with recovery in between.
With monophasic form NMO, you’ll have a single attack of symptoms that lasts a month or two.

Each time you have a flare-up, new areas of myelin are damaged. Left untreated, it can lead to blindness or paralysis. But treatment can help reduce symptoms and prevent new attacks. This helps keep the damage in check.