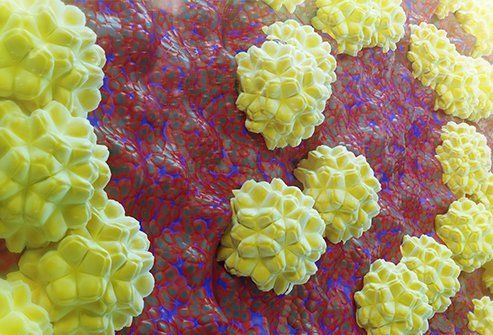 Chlamydia is a sexually transmitted disease or STD.

Chlamydia is the most commonly reported sexually transmitted disease (STD) in the U.S. It is an infection with the bacteria known as Chlamydia trachomatis. Chlamydia is very similar to gonorrhea in its symptoms and pattern of transmission. It is important to note that many people (both women and men) who are infected with chlamydia do not have any symptoms and may not be aware that they have the infection. Chlamydia infection can cause permanent damage to the fallopian tubes in a woman and can lead to future infertility and an increased risk of ectopic pregnancy. Chlamydia infection during pregnancy also increases a woman's risk of preterm labor and of having a baby with low birth weight.

Lymphogranuloma venereum is another type of STD that is common in the developing world and is caused by a different strain of the Chlamydia bacteria.

What are the signs and symptoms of chlamydia?

Most women with chlamydia have no signs or symptoms of the infection, so it may be impossible to know if you have chlamydia. It has been referred to as a silent infection for this reason. However, since the infection can cause permanent damage to the reproductive tract, it is still important to recognize and treat this infection. The most common manifestation of chlamydia infection is an infection of the cervix with inflammation (cervicitis) in women.

When symptoms do occur, they are very similar to those caused by gonorrhea. Symptoms, if they do appear, may take up to several weeks after the initial infection to develop. Symptoms and signs of chlamydia infection can include vaginal discharge and abdominal pain. Infection of the urethra can produce the characteristic symptoms of a urinary tract infection, including pain or burning with urination, blood in the urine, feelings of urinary urgency (feeling a continuous need to urinate), and urinating frequently.

Infected men also may not show symptoms. If symptoms and signs are present, these can include penile discharge, burning with urination, and less commonly, pain or swelling in one or both testicles.

Young people who are sexually active are at high risk for chlamydia.

An infected mother can also spread the infection to her baby at the time of birth as the baby passes through the vaginal canal. The most common complications of chlamydia acquired through the birth canal are eye damage and pneumonia in the newborn.

Even after a person has been treated for chlamydia, it is possible to get the infection again. With chlamydia, repeat infection is common.

How do doctors diagnose chlamydia?

Diagnosis of chlamydia relies upon a laboratory test to demonstrate that the organism is present, either through culture or identification of the genetic material of the bacteria. Culture is an older and more time-consuming method of identifying the bacteria and is no longer routinely used. For routine diagnostic purposes, rapid tests that identify the bacterial genetic material are commonly used. These are referred to as nucleic acid amplification tests, or NAATs. The specimen for NAATs can be obtained at the time of gynecologic examination by swabbing the cervix, but diagnostic tests can be run on urine samples or self-collected vaginal swabs.

The U.S. Centers for Disease Control and Prevention recommends that sexually active women 25 years of age and younger should be tested every year for chlamydia infection. Pregnant women should be tested, as wells as women over 25 who have new or multiple sex partners.

What is the treatment for chlamydia? Can it be cured?

Chlamydia can be easily cured with antibiotic therapy. Antibiotics may be given as a single dose or a 7-day course. Women should abstain from sexual intercourse during the 7-day course of antibiotics or for 7 days after the single dose treatment to avoid spreading the infection to others. Azithromycin and doxycycline are antibiotics commonly used to treat chlamydia infection, but other antibiotics may be successfully used as well. Pregnant women may be safely treated for chlamydia infection with antibiotics (for example, azithromycin, amoxicillin, and erythromycin ethylsuccinate, but not doxycycline). Sex partners of a person diagnosed with chlamydia should also be tested and treated if necessary, to avoid reinfection and further spread. Women whose sex partners have not been treated are at a high risk for developing a reinfection.

What is the prognosis for a female with chlamydia?

As discussed previously, chlamydia infection can progress to pelvic inflammatory disease if untreated, which can have serious consequences. Complications include permanent damage to the reproductive organs, including infertility and an increased risk of ectopic pregnancy. Chlamydia infection in pregnancy can also lead to low birth weight and premature delivery as well as pneumonia and eye damage in the newborn.

Is it possible to prevent chlamydia?

Since most people who have the infection do not have symptoms and may not be aware they are infected, it is commonly spread, and it can be difficult to prevent the infection. Male condoms can reduce the risk of spreading or acquiring the infection. Having a mutually monogamous relationship with a partner who has been tested or treated also reduces the risk of contracting chlamydia infection.