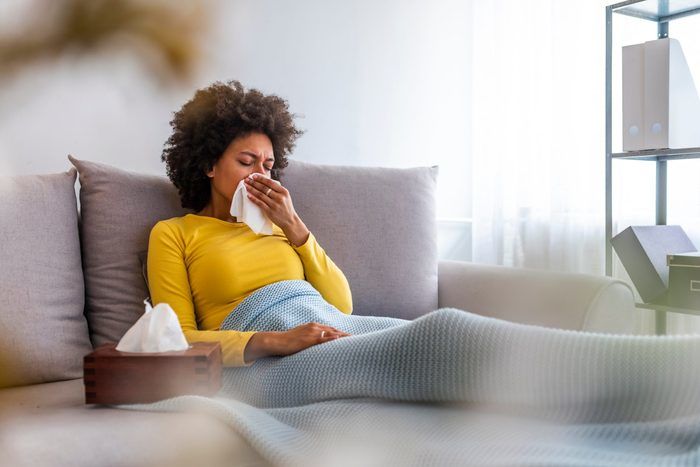 Flu Season Is Going to Hit Hard. Here’s How to Prepare

Cold and flu season 2021 is here in Canada, and amid the 4th wave of COVID-19, experts are warning it could be worse than flu season 2020.

Sweater weather means it’s time to roll up our sleeves and get another important immunization: the flu shot.

In a typical year, there are about 3,500 flu-related deaths and 12,000 flu-related hospitalizations nationwide in Canada. The seasonal flu is especially dangerous for young children, older adults, people with chronic medical conditions, pregnant people and those who are two weeks post-partum.

Last year, some experts predicted a “twindemic”-a surge in both COVID and flu cases at the same time. But due to public health measures like travel restrictions, wearing masks and social distancing, Canada’s flu case count was exceptionally low.

This year, that probably won’t be the case. Since public spaces have reopened and people are travelling (at least, more than they were this time last year), experts are prepping for more flu transmission this season. Coupled with a fourth wave of COVID-19 in much of the country, last year’s concerns of a “twindemic” might materialize this year. “While we haven’t seen the reality of it for a bit because of the pandemic, the flu is a concerning condition,” says Jaspreet Chager, senior manager pharmacy innovation with Pharmasave East.

We spoke to Chager and Dr. James Dickinson, professor of Family Medicine and Community Health Sciences at the University of Calgary, about what we can expect from flu season 2021 and what you need to know about the flu shot.

When is flu season in Canada?

In the northern hemisphere, flu season coincides with the colder winter months - we usually see flu cases spring up in November (though it can start as early as October) and peter out in March (though sometimes it could be as late as May, depending on the year).

What can we expect from flu season 2021 in Canada?

We won’t know what flu season in Canada will look like until it’s here - we won’t know much about everything from the strain to how much community transmission there will be. We can look to the southern hemisphere, now entering the spring season, for some clues as to what our flu season might look like, says both Chager and Dickinson-although this year, the southern hemisphere hasn’t had much of a flu season (though experts aren’t sure exactly why this is the case).

“The hope is that if we follow social distancing guidelines and all the public health guidance that’s been in place for COVID, we wouldn’t see too much of a flu season,” says Chager. “But the reality is that people are heading back to the office and schools are reopening so we’re likely to see an increase of not just influenza but also COVID.”

Who should receive the flu shot?

Anyone older than six months old, says both Chager and Dickinson. “Unless you’ve had an anaphylactic reaction in the past [to vaccines] or have sensitivities to certain components, typically everyone over six months should be getting their flu shot,” says Chager.

“Even for those of us who are young and fit enough that we’re not likely to get seriously ill, the flu still takes three days out of your life,” says Dickinson. “And, if you get it, you can pass it onto other people around you. [Getting the flu shot] is a good thing to do to reduce the probability of transmission as well as the severity.”

Where can I get the flu shot?

Canadians can get their flu shot at family doctors’ offices, pharmacies and public health clinics.

When should I get the flu shot?

Pharmacies and doctors’ offices start receiving flu shots in October - this is the best time to get it. “We usually tell people to have it earlier rather than later because it does take 14 days to reach full efficacy,” says Chager. “Immunity tends to wane after five to six months, so we want to provide coverage for all the months you’d be at risk of contracting the virus.”
How do you know if you have the flu or COVID?

Flu symptoms and COVID symptoms are fairly similar: they can both cause fevers, chills, cough, shortness of breath, fatigue, sore throat, runny or stuffy nose, aches and pains, headaches and vomiting and diarrhea. So, it’s nearly impossible to know if you have COVID or the flu unless you get a COVID test done, says Dickinson.

What should you do if you get the flu?

If you develop flu-like symptoms, stay home and avoid contact with others - especially high-risk populations (babies, children under the age of 5, people aged 65 or older, pregnant people, people with underlying conditions). Most people will recover within a week or 10 days. “Generally speaking, most individuals will get better on their own – rest, fluids and OTC medication to help reduce fever and aches,” says Chager.