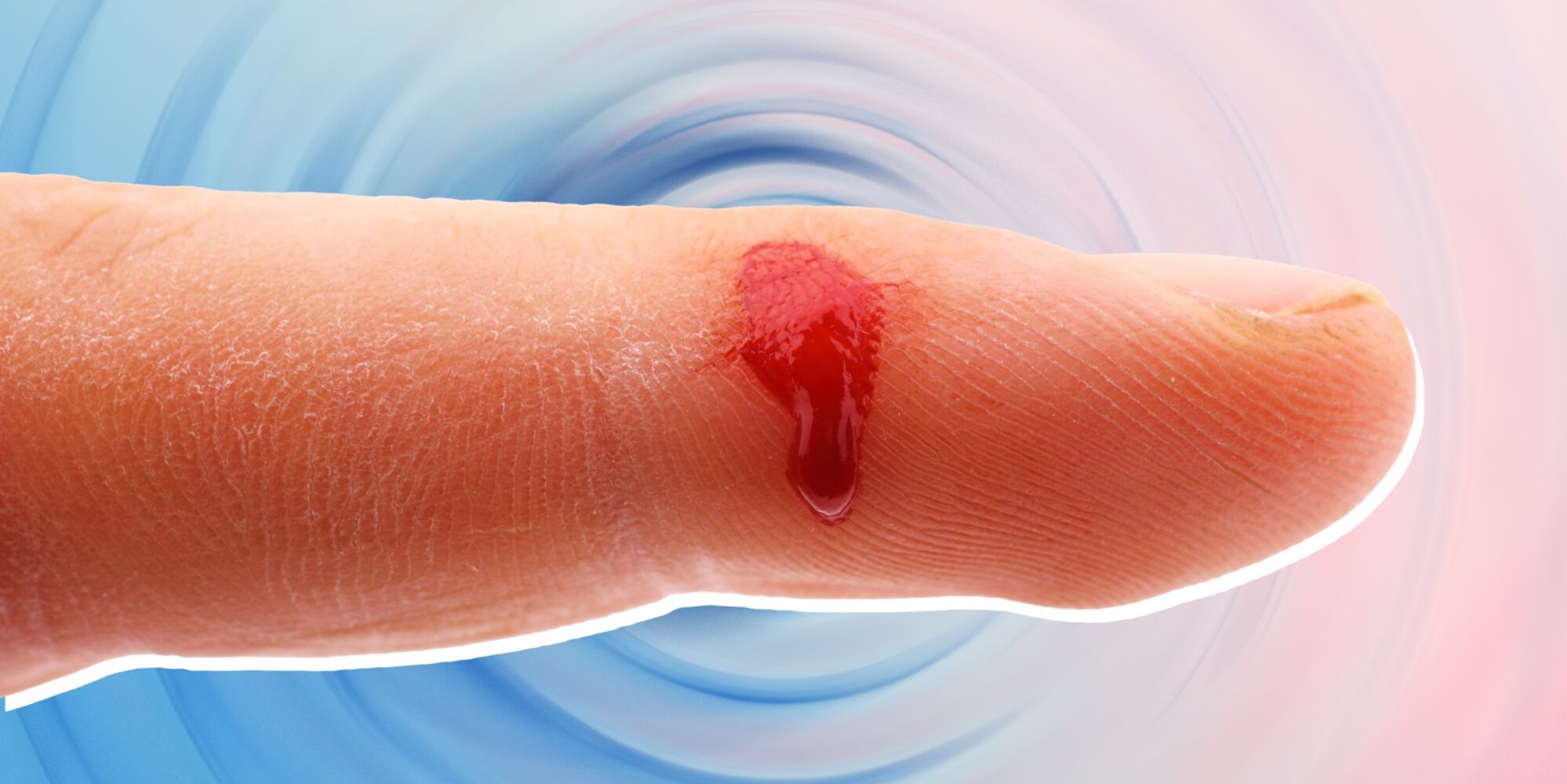 Sometimes you have to pay attention to how you feel-not just how bad the cut looks.

Some cuts heal quickly while others take their sweet time-the location of the cut, how deep it is, what caused the injury, and how you treat the wound can all cause the healing process to take more or less time than usual.

A cut might not look pretty while it heals, but that doesn't necessarily mean something is wrong; as your skin recovers, it goes through a few stages involving different colors and textures (many of which are normal, including pink, white, and yellow-looking skin, and even clear drainage).

But there is a point where a nasty-looking cut signals a problem, usually an infection. Just like an infection inside your body, you don't want to ignore infections in or on your skin. So what's normal and what isn't when it comes to cuts, and how should you treat a cut that's become infected? Here's a guide to decoding what your cut is trying to tell you.

How can you tell if a cut is infected?

Identifying infected cuts can be tricky, if only because mild redness, swelling, and pain are normal in the first hours and days after you get a cut. Those aren't usually signs that something is wrong.

Instead, you'll need to look beyond the cut, both literally and metaphorically.

"Any redness that extends more than a quarter-inch around the cut or doesn't go away can be a sign of infection," Michael Billet, MD, an emergency medicine physician who sees patients at Mercy Medical Center in Baltimore, Maryland, tells Health. He adds that "symptoms like fever, chills, swollen lymph nodes, and malaise indicate the infection is spreading outside the area of the injury."

If the affected area around your cut is growing and you're feeling physically ill in any way, those are signs that something is wrong. You may also notice that the skin around your cut is swollen and warm to the touch, you might see red streaks moving from the center of the cut outward, and there could be pus or discharge oozing from the cut as well.
What does an infected cut look like?

Here's an example of what an infected cut looks like; note how the redness has spread more than a quarter-inch from the opening in the skin, and how some parts of the cut look puffy and crusty.

Who's most at risk for an infected cut?

Two things increase your risk of an infection post-injury, says Dr. Billet: the type of cut and your overall health. Cuts are also more likely to become infected when the cut is jagged or deep, covers a large area of skin, involves saliva of any kind (thanks to a human or animal bite), or is implemented by a dirty object.

"A relatively clean cut, like one from a just-washed kitchen knife, is less likely to cause an infection than stepping on a piece of glass at the beach," he explains.

But your own health history plays a role here, too: certain medical conditions, like diabetes, autoimmune conditions, and HIV, can cause cuts to become infected more easily, and so can being older in age, having a poor diet, and being overweight. People undergoing chemotherapy or taking immune-suppressing drugs are also at higher risk of developing complications.

How can you treat an infected cut at home?

If you have a relatively small or minor cut and no major health complications, you might be able to treat your infected cut at home if you catch it early enough.

"Very early on in the infection, when it's mildly red, you can apply some heat to the area to increase circulation and bring your natural blood cells to the area [to promote healing]," William Edwards, MD, an emergency medicine physician at Houston Methodist Hospital, tells Health.

There are several ways to clean a cut; the method or methods you choose are based on what type of cut you have, how dirty it is, and what supplies you have on hand.

Rinse the cut with running water. Use soap, if necessary, to clean the area around the cut.
Remove any debris. You can use tweezers or a q-tip to pull debris out of the wound or a small syringe to flush it out.
Let it air dry while keeping it clean.

You should put a clean bandage or wound dressing on your cut and change the bandage at least daily until the cut has scabbed over. Using an antibiotic cream is optional; some people find this speeds the healing process, but others may have an allergic reaction to products like Neosporin that actually mimics infection symptoms, says Dr. Billet.
When should you see a doctor about an infected cut?

If irrigating and covering your cut doesn't stop the early stages of infection, you'll have to see a doctor for further treatment. If your cut is deep, it's important to do this as soon as possible, says Dr. Edwards, because stitches typically can't be used when a cut is more than 12 hours old. He also notes that sometimes shallow cuts in certain jointed locations-like elbows or knuckles-can be sutured to avoid the constant re-opening that may happen with frequent use.

Even if stitches aren't required, a doctor may need to debride your cut (aka, clean it of dead or infected tissue) and prescribe antibiotics to prevent infection. A variety of antibiotics are used to treat infected cuts; it depends on the source of the wound and how deep the infection is.

"Human or animal bites require one type of antibiotic while we use another type for normal scrapes and cuts," says Dr. Edwards. "Superficial infections can be treated with oral antibiotics but underlying infections...may require inpatient IV antibiotics and maybe even surgical drainage."

Even if your cut was initially small, don't dismiss signs of infection or assume it will simply go away on its own; even tiny cuts can be a window of opportunity for pathogens, some of which can lead to serious illnesses and require immediate medical attention.

"Infection that is spreading outwards from the cut or streaking away from the cut almost always requires antibiotics," explains Dr. Billet, "and any cut that happens in dirty water should be checked out since they usually need antibiotics to prevent an infection."

Some common complications of infected cuts include:

Most of these complications are rare with prompt medical care, but your risk for secondary and life-threatening conditions increases the longer you leave an infection untreated. Dr. Billet says pain and redness that aren't getting better after washing and using OTC pain relievers should be evaluated by a medical professional-and it's better to be safe than sorry.

"Basically if you're worried, get it checked out," he advises. "I would rather see 100 worried well patients than have someone sit at home and have things get worse."