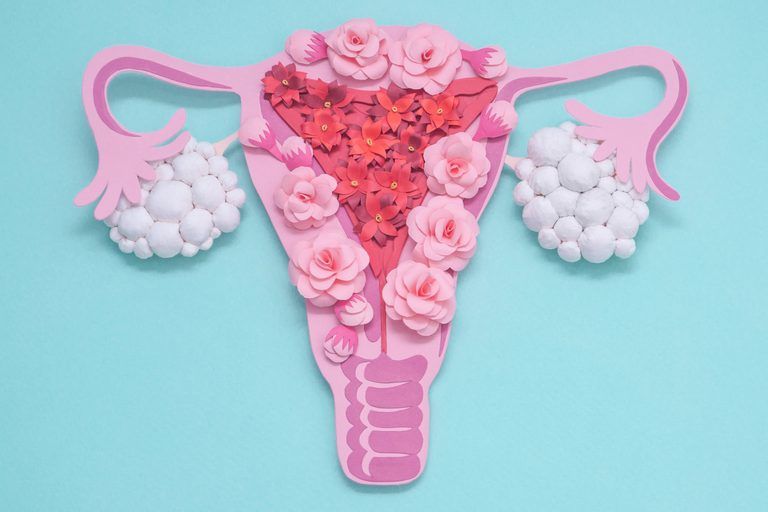 I Have PCOS: Here’s How I Had Kids

An estimated 7 million American women live with the life-altering effects of polycystic ovary syndrome (PCOS), a condition characterized by irregular or absent menstrual cycles, infertility, and multiple ovarian cysts. There is no known cause for PCOS, although science mainly points to genetics. Diagnosis also can elude women for years like it did PCOSDiva.com blogger Amy Medling who didn’t find out about her PCOS until she was in the middle of family planning-16 years after the onset of her first symptoms. This is her story.

Mystery symptoms and a pill

As early as age 14, I wrestled with many common PCOS symptoms, like blood sugar issues related to insulin resistance, acne, and hair loss-but I didn’t know I had PCOS. The hair loss was chalked up to the stress of being a good student. I also experienced irregular menstrual cycles, which is also quite common for women with PCOS.

When I was in college, I hadn’t had a period in months, and I didn’t understand why. Nobody mentioned PCOS to me, and I remember the doctor just telling me that she would have to jump through hoops to get me pregnant one day. She renewed my prescription for birth control and sent me on my way.

For years, I went to doctors-dermatologists, endocrinologists, OB-GYNS-trying to treat the symptoms. I even went to counseling to try to figure out why I was so moody all the time. (Women with PCOS are 60 percent more likely to experience depression or anxiety or other mood-related disorders than women without it.) And I remember when I finally did want to get pregnant, I went to a reproductive endocrinologist-and I still did not get a PCOS diagnosis. But what I did get was a prescription for Clomid, which is an ovulation-inducing drug.

After the first round of Clomid, I got pregnant with my first child. When I tried for the second child, I suffered from secondary infertility. I started charting my cycles.

I was using the Creighton Model [a method of natural family planning] to track my cervical mucus, and the nurse practitioner who taught me the method was the first one that suggested, “Have you ever been diagnosed with PCOS?” My cycle was anovulatory [without ovulation], and it looked similar to PCOS cycles. I ended up going to another reproductive endocrinologist who tested my testosterone levels and did an ultrasound. Of course, I had these anovulatory cycles, so I had all three diagnostic criteria of PCOS. I got the official diagnosis of PCOS at age 30.

My doctor put me on metformin, a diabetes drug often prescribed to treat PCOS because one of the root factors of the condition is insulin resistance. It made me very sick, but I was determined to get pregnant.

After many months of metformin and Clomid and multiple intrauterine insemination (IUI) cycles, I finally got pregnant at 32. (IUI is a fertility treatment where sperm is transferred with a catheter.) But after that pregnancy, I was trying to bounce back, and I was not bouncing back.

Finding a natural way back to equilibrium

There was a book called PCOS: The Hidden Epidemic by Dr. Samuel Thatcher, and I read it from cover to cover. I started improving my diet, and I realized that there might be an inflammation connection. I stopped the birth control pill. I stopped the metformin. I removed inflammatory foods, like gluten and dairy. I started to feel better. So I started doing my research on PubMed, and I was finding that things like cinnamon, and apple cider vinegar help with blood sugar control.

I started integrating those things into my diet. And I remember going to that same reproductive endocrinologist who diagnosed me for my annual and started sharing with her what I’d been doing because she couldn’t believe that my lab work had improved so much. My testosterone levels had come way down. My testosterone levels plummeted. My A1C (a measure of blood sugar) was a lot lower, and I just looked good. I didn’t look as inflamed.

Birth of a PCOS ‘diva’

I was 34, and I remember going out to eat as a family. I had my two little boys and my husband, and we went to a Longhorn Steakhouse. I had changed my diet. Before then, I ate a lot of fast food. I started advocating for myself and asking that my vegetables be cooked in real butter instead of inflammatory vegetable oils like margarine. I wanted a sweet potato instead of a baked potato.

I was advocating for myself that evening at the restaurant, and when the waitress walked away, my husband asked me, “When did you become such a diva?” And I was a little taken aback because I thought of a diva as being a bit like Mariah Carey asking for green M&M’s in her dressing room.

But then I thought-this is what I need to do. I started blogging under the name PCOS Diva in 2008.

I ended up getting pregnant for the third time shortly after I launched the blog. I was 37, and it was a complete surprise. I had a daughter, and I found myself worrying about the genetic component of PCOS. My mom has it; my sister has it. I was kind of bound and determined that my daughter wasn’t going to go through the pain and suffering that I have.