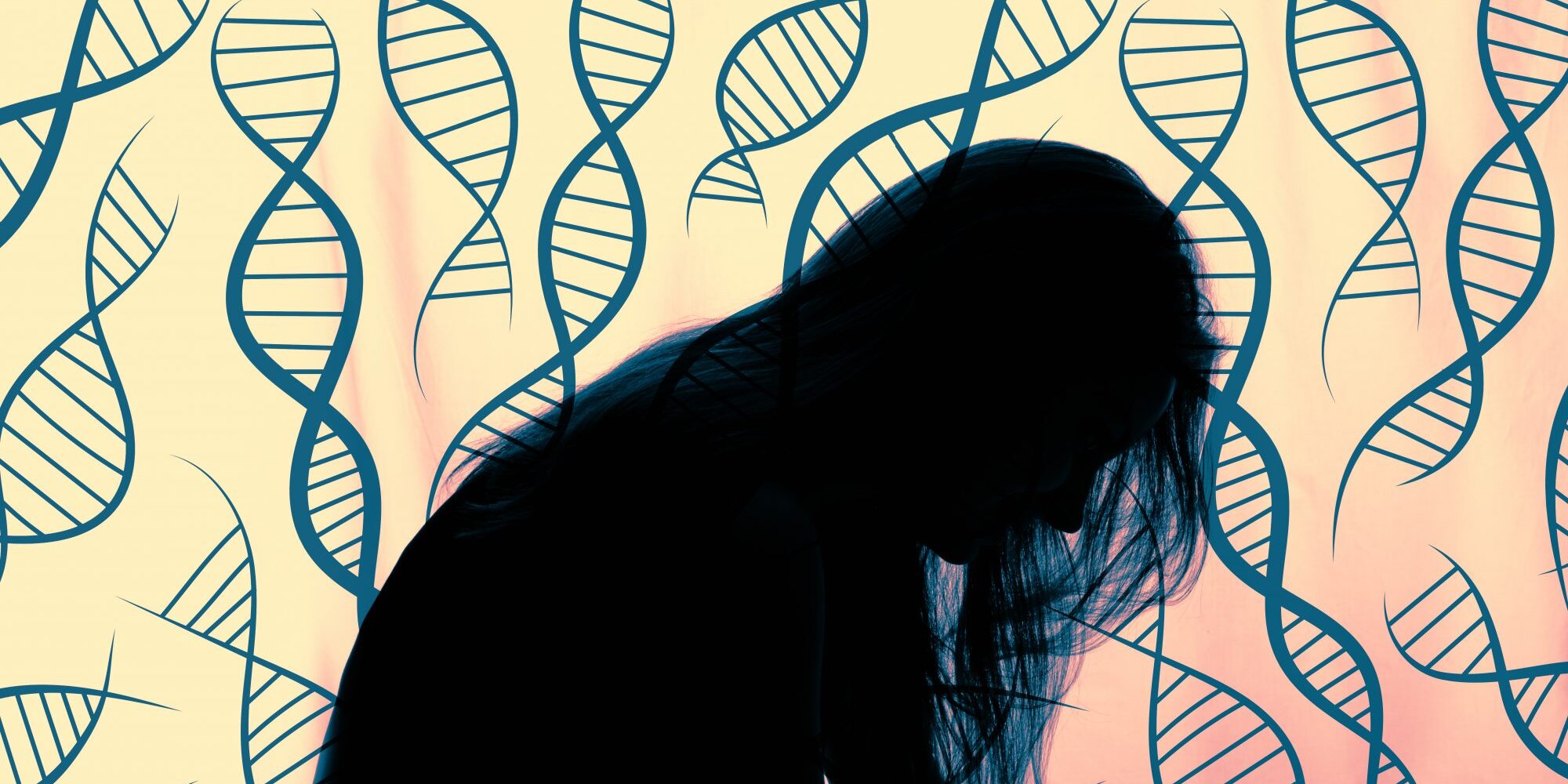 Is Depression Genetic? Here's What Experts Have to Say

If you have a family member who has depression, you might ask yourself: Is depression genetic? Read to find out more.

If your parent or sibling had depression, maybe you're worried you'll get it too. Or perhaps you're concerned that because you had depression, you'll pass it on to your child. Whatever the case, you may find yourself wondering: Is depression genetic?

Depression is one of the most common mental health disorders in the US. About one out of every six adults will have depression at some time in their life, according to the Centers for Disease Control and Prevention. Anyone can become depressed, regardless of their age, gender, race, or background.

There is evidence that depression can run in families, suggesting that genetic factors contribute to the risk of developing depression, Natalie Dattilo, PhD, director of psychology services at Brigham and Women's Hospital in Boston, tells Health. Research is in early stages, though, and much is still unknown about the genetic basis of the condition. Studies suggest that variations in many genes, rather than one single gene, combine to increase the risk of developing depression.

Depression doesn't have a clear pattern of inheritance in families, according to the National Institutes of Health. It's true that people who have a first-degree relative (such as a parent or sibling) with depression are two to three times more likely to develop the condition. On other hand, many people who develop depression do not have a family history of the disorder, and many people with an affected relative never develop it.

Depression can be caused by a number of factors, says Dattilo. "When I'm working with people to help them understand where their depression came from, we think about it from a biopsychosocial perspective," she says. "That's biological, psychological, and social. All of those things need to be considered."

For some people, depression can be largely biological, meaning they inherited the predisposition to the condition, says Dattilo. The biological component of the biopsychosocial (BSP) model looks at how things like genetic vulnerability, physical health, and gender affect mood. The psychological component focuses on self-esteem, coping skills, and emotionality. And the social component accounts for family circumstances, socioeconomic status, peer relationships, and education level, among others. Any of these can contribute to the risk of developing depression.

Having a family history of the condition may also increase risk because children can learn styles of thinking from the people around them, says Dattilo. If a child witnesses a parent or sibling struggle with depression, it's possible they might develop a pessimistic outlook on life, which is a risk factor for depression. "Your outlook on life can be heavily influenced by the people who you spent a lot of time with early on," she says, "and that can shape your view on the world and how you expect things to turn out."

Since family history can contribute to depression risk in more ways than one, it's important to be aware if you do have family members who have struggled with the condition. Laura Honos-Webb, PhD, author of Listening to Depression, tells Health that those who do have a family history should try to be extra attentive to their own mood. Having an understanding of what your normal mood is like and being attuned to any changes is key. If you do notice a change, even if it's minor, consider seeking help. "Be proactive and protective," advises Honos-Webb.

Also, be aware of how family members with depression were treated and how they responded to that treatment. "That's going to better inform your doctor as to which treatments will be most effective for you," says Dattilo, explaining that family members often respond similarly to the same treatments.

Should someone with a family member who's struggled with depression be worried? Dattilo says not necessarily, but they should be aware. Depression can be caused by several factors, and many people with an affected relative never develop the disorder. It is something to be mindful of-but not overly concerned about.