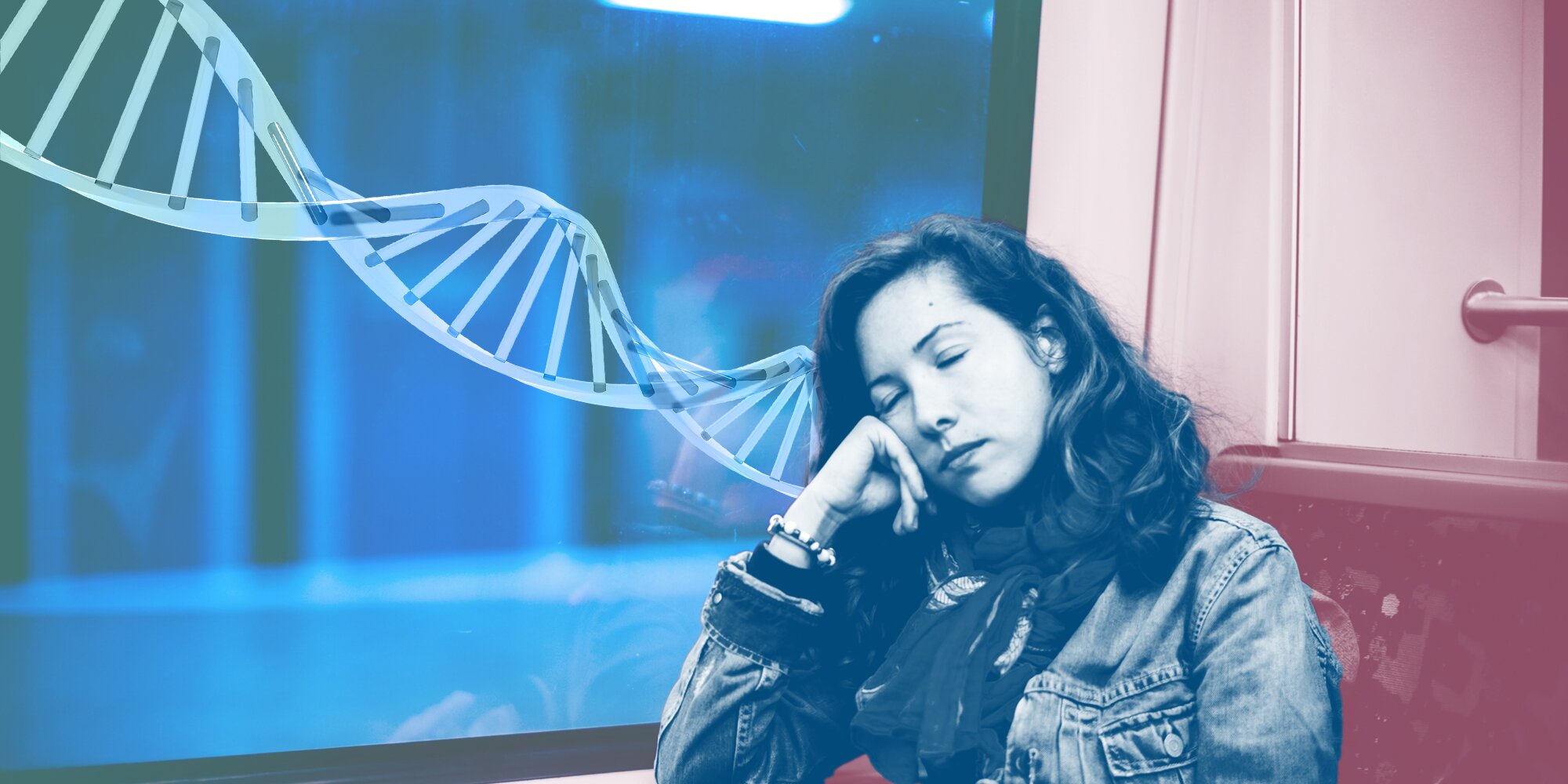 Is Narcolepsy Genetic? What Sleep Experts Say About Inheriting This Chronic Disorder

Most cases occur in people with no family history. 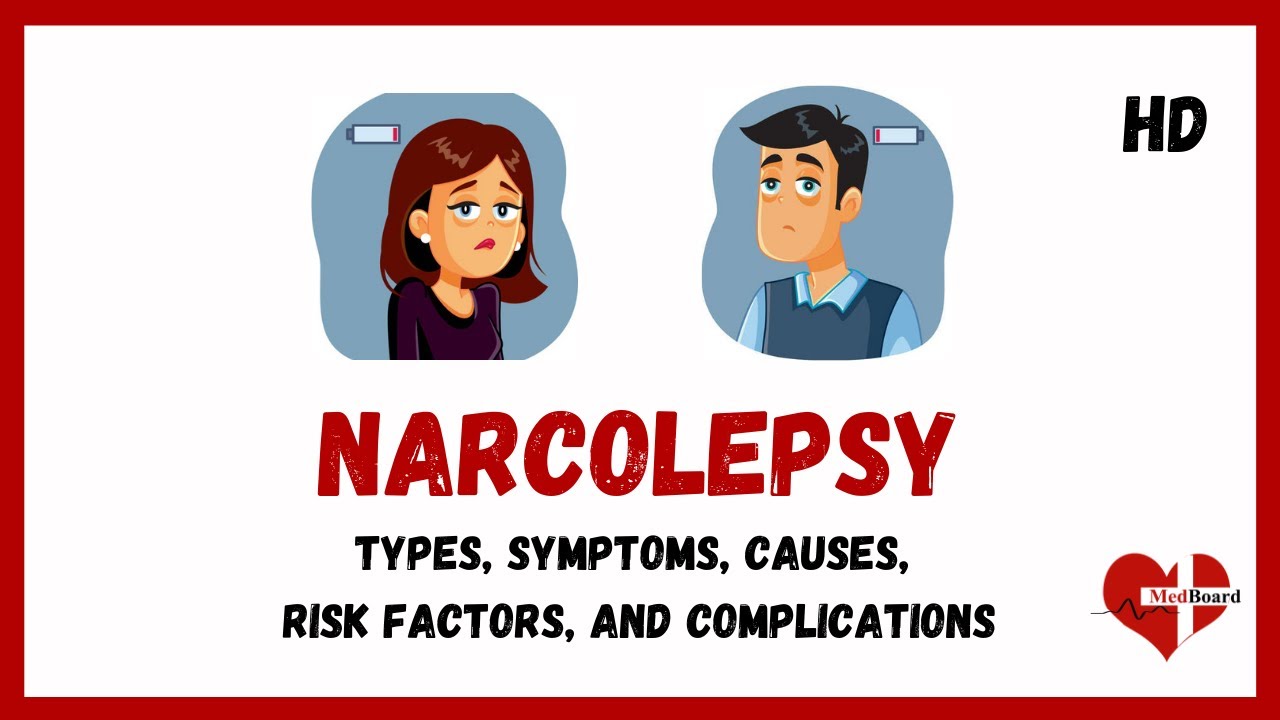 Do you have a family member with narcolepsy? Have you watched that person fall asleep suddenly or experience sleep paralysis and wondered if one day you'll do the same? Like many aspects of narcolepsy, researchers are still investigating its origin-is it genetic disease or environmental?

As of now, it's believed that a combination of factors may be involved, says the US National Library of Medicine.

The unknown can be frustrating, so we've compiled what you need to know about narcolepsy and how genetics factor into this neurological disorder.

According to the National Institute of Neurological Disorders and Stroke (NINDS), there are three narcolepsy types:

Narcolepsy type 1, in which a person experiences "cataplexy"-sudden muscle weakness while awake-and has low levels of hypocretin, a brain chemical that produces wakefulness. This occurs alongside other symptoms.

Narcolepsy type 2, in which a person experiences general narcolepsy symptoms but does not have cataplexy. Levels of hypocretin are also normal.

Secondary narcolepsy, in which a person experiences narcolepsy symptoms due to damage of the brain's hypothalamus region.

Symptoms of all narcolepsy types can include sleep paralysis, hallucinations, and fragmented sleep, says NINDS. Some people may experience brief periods during which they continue performing some rote activity, like eating or talking, without being aware of what they're doing because they've dozed off for several seconds.

There are a few theories on what causes narcolepsy. NINDS suggests a combination of factors may be involved in reducing hypocretin levels. Risk factors include:

An autoimmune disorder. This is a leading hypothesis on why people with narcolepsy type 1 have low hypocretin levels. In this case, a person's immune system would be attacking hypocretin neurons in the brain, reports NINDS.

The flu. There's a potential connection between narcolepsy and influenza, according to Stanford Medicine.
Brain injury. In rare cases, traumatic injury to parts of the brain the control wakefulness, or tumors, or other diseases, may cause narcolepsy, says NINDS.

Genetics. There is a slightly elevated chance of people developing narcolepsy if a close family member has the disease, according to a commentary in the journal Sleep.

Can narcolepsy be inherited?

Now, back to that last point on genetics. Unlike sleep apnea-a more common sleep disorder with an estimated 40% genetic component, according to the Sleep commentary-narcolepsy is not commonly passed between family members. In fact, narcolepsy type 1 has "a very mild genetic component," Alex Dimitriu, MD, double board-certified in psychiatry and sleep medicine and founder of Menlo Park Psychiatry & Sleep Medicine, tells Health.

According to Dr. Dimitriu, between 1% and 2% of people whose first-degree relatives have narcolepsy type 1 will develop it as well. Though low, it increases a person's chance of having the rare disease between 10 and 40 times that of the general population. Up to 10% of people with narcolepsy may also have a close relative with similar symptoms. However, it may be a sign of another sleep condition or a rare cluster of cases, says NINDS.

"It's important to note that the majority of cases of narcolepsy are sporadic, which means they occur in people with no history of the disorder in their family," Dr. Rohrscheib tells Health.

While it's unclear why, having this gene appears to increase the risk of developing narcolepsy, NLM points out. "Sometimes doctors will test for these gene variants along with ordering a sleep study if narcolepsy is suspected," says Dr. Rohrscheib. HLA variations are also quite common among those without the disease, as well, so the gene's appearance alone does not indicate narcolepsy.

In contrast, narcolepsy type 2 "does not have as clear a genetic link, but may also have variations on this gene," Roy tells Health. However, some people with type 2 eventually develop cataplexy and have their diagnosis switched to type 1, according to a review article posted by NLM.

Then there's secondary narcolepsy, in which the condition develops due to the brain's hypothalamus region becoming damaged. One of the potential causes for this is multiple sclerosis (MS), which has a genetic component, says a 2018 review in Cold Spring Harbor Perspectives in Medicine. The risk of someone whose parent or sibling has MS also developing this central nervous system disease is about 3%, while the average person's chances of having the disease are between 0.1% and 0.3%, according to the review article.

If narcolepsy runs in my family, should I get tested?

Due to the limited connection between narcolepsy and genetics, there's no reason to get screened for narcolepsy unless you're experiencing symptoms, says Dr. Dimitriu.

Unlike many health conditions for which early identification often means a better outcome, narcolepsy treatment only varies by symptoms, not the length of time someone has had the condition. And currently there's no cure.

The genes that lead someone to develop narcolepsy can also lead to other conditions marked by fatigue, such as lupus, rheumatoid arthritis, psoriasis, and MS, says Dr. Rohrscheib. So while a genetic component isn't common with narcolepsy, she recommends testing for narcolepsy, and ruling out other related disorders, if you have a family history of any autoimmune diseases.

Researchers are continuing to explore how genetics and other potential causes play into narcolepsy. "The immune system is extremely complex, and scientists are still discovering new information," says Dr. Rohrscheib. "We may learn more about how narcolepsy is caused as science continues to advance."