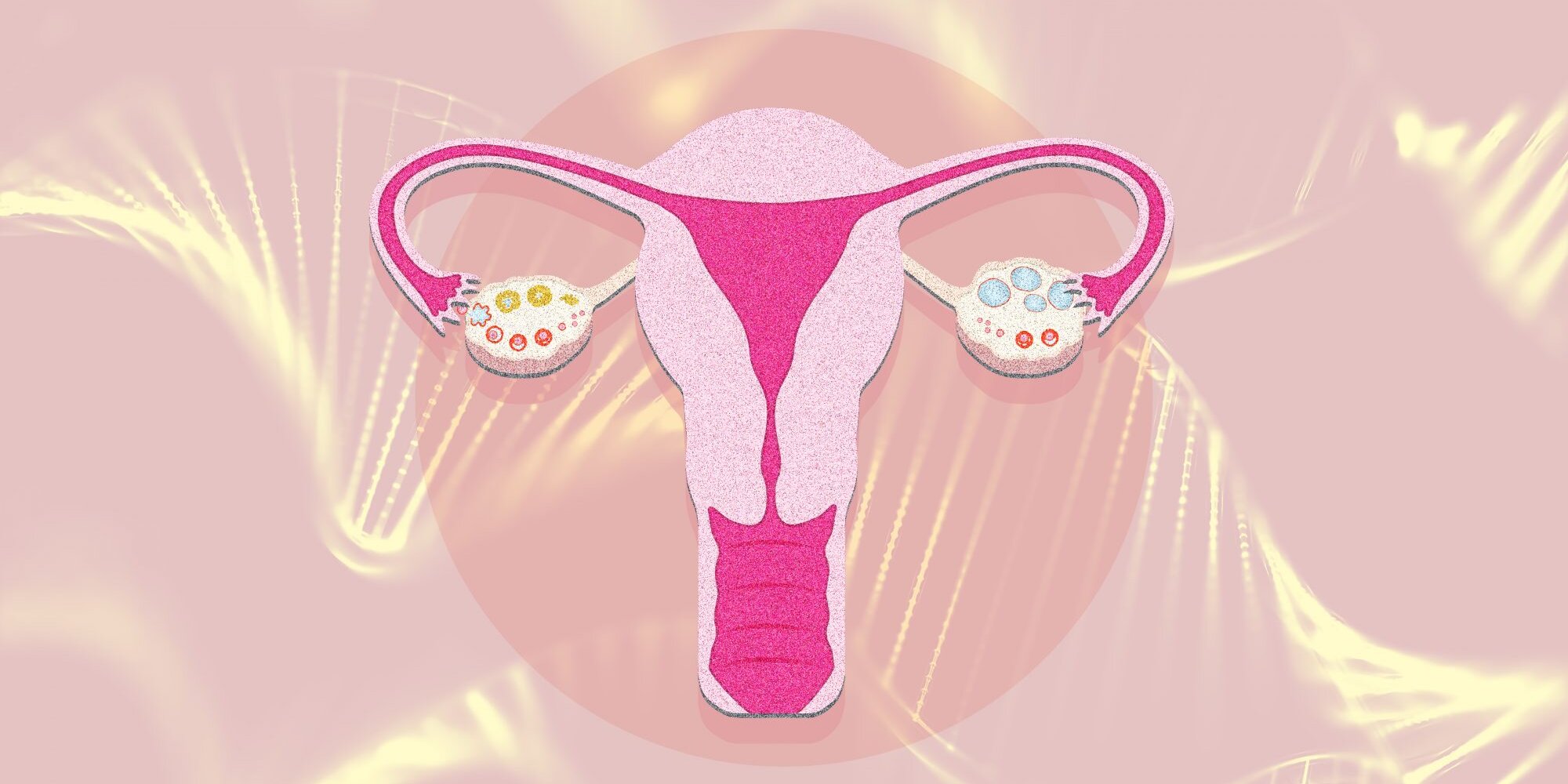 Is PCOS Genetic? Here's What We Know So Far, According to Experts

PCOS appears to have a genetic component, but there are lifestyle and environmental factors at play, too.

Many diseases, conditions, and syndromes have at least some sort of genetic component-some disorders are influenced by a change in a single gene (aka a gene variant); others are influenced by multiple genes, along with a person's lifestyle or environment, per the US National Library of Medicine (Genetics Home Reference).

While any talk of genetics often implies that something is passed down from previous generations, that's not always the case with genetic components of diseases-some genetic variants are hereditary, meaning they're passed down through family members, but other genetic changes occur during a person's lifetime, without a link back to the person's ancestry.

All that's to say: Whether or not a disease is genetic is not always a question with a clear-cut answer-and research around genetic components to many diseases (like polycystic ovary syndrome, for example) is incomplete.

But what if you do have polycystic ovary syndrome (PCOS), and you're concerned about possibly passing it down to your children; or if your mother has PCOS, and you're wondering whether it's possible you could have it too? Here, experts weigh in on what they know about any genetic component to PCOS, and how that contributes to your risk of getting the condition. 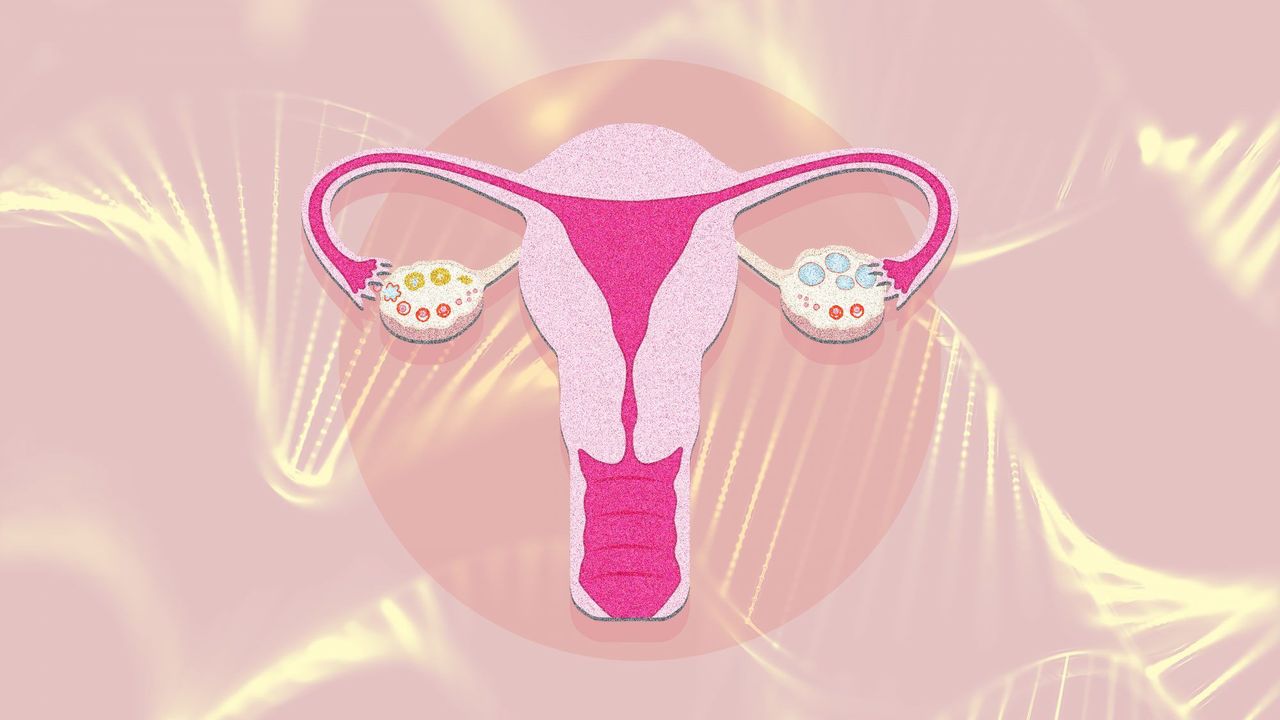 What is PCOS again?

Polycystic ovary syndrome-sometimes known a polycystic ovarian syndrome-is a common issue among women or those assigned female at birth, caused by an imbalance of reproductive hormones. That hormonal imbalance-which is usually higher-than-normal levels of androgens-affects the ovaries, causing them to develop multiple small cysts.

According to the Centers for Disease Control and Prevention (CDC), PCOS is one of the most common causes of female infertility. It affects as many as 6%–12% of people of reproductive age.

The most common symptoms of PCOS, according to the Office on Women's Health (OWH), include:

The short answer: Maybe. It's hard to say for sure whether PCOS is genetic or not, but it's definitely a possibility-and it could date back to the fetus' intrauterine environment, Meggie Smith, MD, an ob-gyn who specializes in reproductive endocrinology and infertility in Nashville, Tennessee, tells Health.

"While no one knows exactly what causes PCOS yet, we do think it is an interplay between both genetics and one's environment," says Dr. Smith. Lauren Streicher, MD, a clinical professor of obstetrics and gynecology at the Feinberg School of Medicine at Northwestern University, agrees: "No one would say PCOS is primarily genetic, but it is fair to say that there does seem to be a genetic component that may be associated with PCOS, but it has not been specifically described and is multifactorial."

According to the Genetics Home Reference, a multifactorial disorder (sometimes called a complex disorder) is influenced by many different factors-that can include multiple genes, along with a combination of lifestyle and environmental factors (think: exercise, diet, or even exposure to pollution).

And while PCOS doesn't have a clear hereditary pattern, per the Genetics Home Reference, there does seem to be some sort of family association-an estimated 20%–40% of those with PCOS have an affected family member, usually a mother or sister.

As far as the specific genes variants most likely to contribute to PCOS, those appear to be genes that involved in the production of androgens-specifically ones that lead to "high levels of androgens, like testosterone, in the ovary that make it difficult for the brain and ovary to communicate for normal ovulatory function," says Dr. Smith. The Genetics Home Reference also says genetic variants that interfere with follicle-stimulating hormone, energy production, inflammation, and insulin production and regulation, may also contribute to PCOS.

Are there any known risk factors for PCOS?

While your family history may not debunk your PCOS fate, there are other risk factors you can watch out for.

According to Dr. Streicher, being overweight can be a big risk factor for developing PCOS-but those at a higher weight aren't destined to develop the condition. Per the CDC, many women who are at an average weight have PCOS, and many women who are considered overweight do not. In women with PCOS who are also overweight, when that weight is lost, "they find that the PCOS resolves, because it's likely not so much that the ovaries are abnormal but the response of the ovaries to the abnormal hormonal levels," says Dr. Streicher.

PCOS has also been linked to a handful of other health issues, per the (OWH-though it's unclear if PCOS causes these issues, if these issues cause PCOS, or if there's another underlying cause that leads to both PCOS and some of these issues.

Diabetes is one of those conditions linked to PCOS. According to the OWH, more than half of those with PCOS will go on to develop diabetes or prediabetes before the age of 40. This is linked to insulin resistance in people with PCOS—specifically those who are overweight, have unhealthy eating habits, don't get enough exercise, or have a family history of diabetes.

PCOS has also been linked to high blood pressure, high levels of LDL (bad) cholesterol and low levels of HDL (good) cholesterol, sleep apnea, depression and anxiety, and in some cases endometrial cancer.

As of right now, the link between PCOS and genetics is still being studied, per the OWH-these studies will hopefully yield more results to find a potentially stronger genetic or environmental link, which can then lead to newer, better ways to treat PCOS that go beyond the current regimen of just managing symptoms.