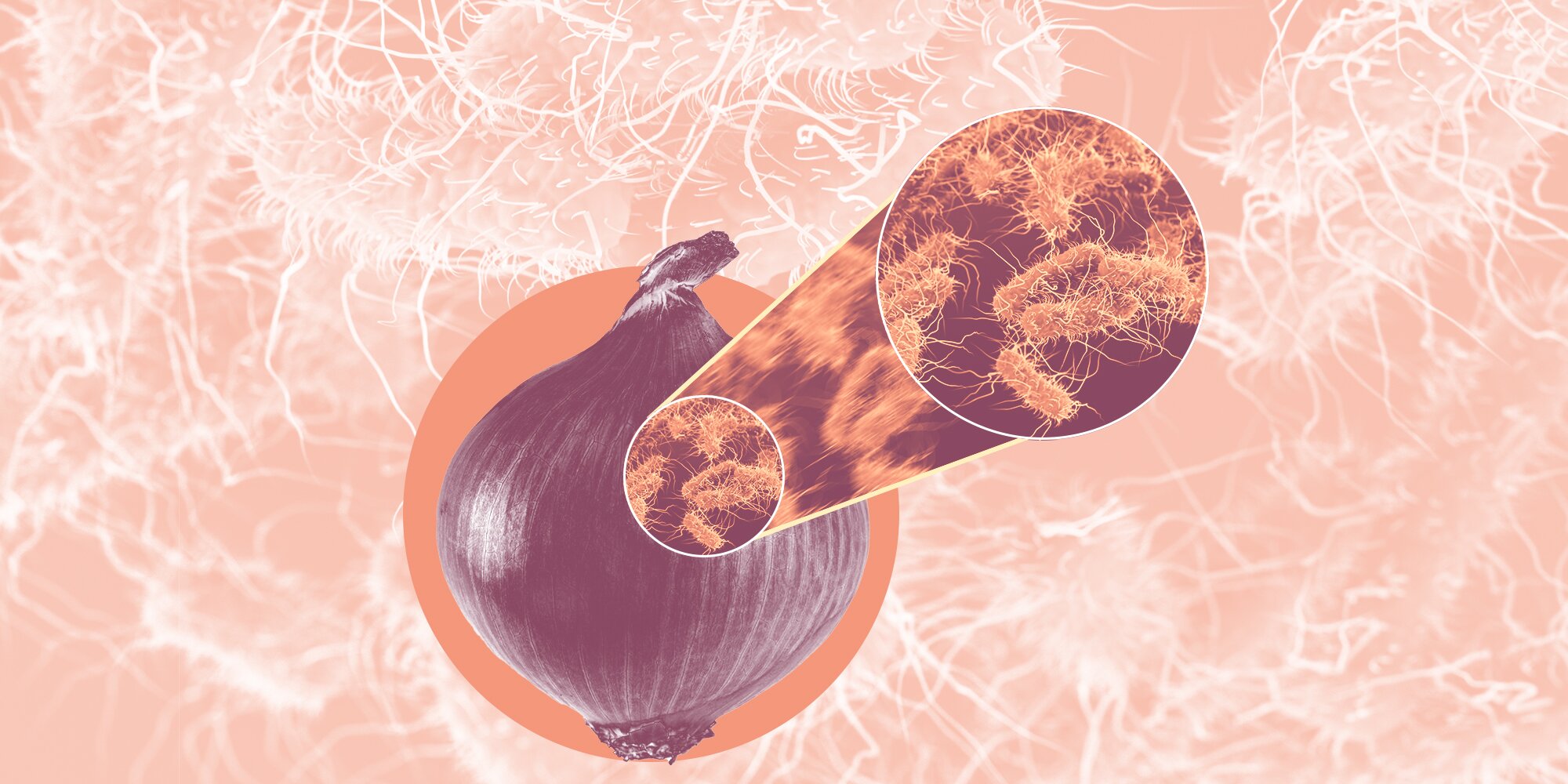 The CDC says that the outbreak has spread across 37 states. A voluntary recall for the impacted onions has now been issued.

A multi-state salmonella outbreak that sickened more than 650 people and puzzled public health investigators now has a source: onions.

The Centers for Disease Control and Prevention (CDC) is warning people not to buy or eat any whole fresh red, white, or yellow onions if they were imported from Chihuahua, Mexico, and distributed by the produce company ProSource Inc. The CDC says you can tell where your onions came from and which company distributed them from their produce sticker-affected stickers will indicate the brand as ProSource Inc., and country of origin as Mexico. If you're not sure where your onions came from, the CDC recommends tossing them to be safe.

The onions were sold to restaurants and grocery stores throughout the US and were last imported on August 27. However, the onions can last up to three months in storage and may still be in homes and businesses, the CDC points out.

As of October 18, 652 people across 37 states have been infected with Salmonella Oranienburg, the CDC says. More people and states have probably been impacted by the outbreak, but since many of those with Salmonella recover without medical care and aren't tested for the disease, the true numbers may never be known, according to the CDC. Reports of illnesses might still be coming in, too. People started becoming sick from the outbreak in late May, with sicknesses still being reported as recently as September 30. Because it usually takes three to four weeks to determine whether someone who's sick was affected by an outbreak such as this one, more recent illnesses may not yet be reported.

ProSource has issued a voluntary recall of its affected onions. In the meantime, the US Food and Drug Administration (FDA) is working with the CDC to determine why the onions were contaminated in the first place and whether any other products or distributors are linked to illness.

Salmonella can cause some intense symptoms, including diarrhea, fever, and stomach cramps. Symptoms can start anywhere from six hours to six days after someone swallows the bacteria, and most people recover without treatment between four to seven days after they first become sick.

Some people, like children under the age of five, adults aged 65 and up, and people with weakened immune systems, are at a higher risk of developing more severe illness from Salmonella and can end up hospitalized, the CDC says.

People impacted by this particular outbreak range from less a year old to 97 years old, with a median age of 37. Of the 417 people with health information available, 129 (or 31%) have been hospitalized, the CDC said. No one has died in the outbreak.

While the source of the outbreak was a mystery for weeks, the CDC said that 75% of people who shared information about what they ate before they became sick said they had raw onions or dishes likely containing raw onion before falling ill. Several sick people ate at the same restaurants, with states identifying up to 20 illness clusters at eateries where the onions were served.

If you think you've developed salmonella from eating contaminated onions, the CDC recommends keeping tabs on your symptoms as well as drinking extra fluids for however long you have diarrhea. You should also call your healthcare provider right away if you develop these more severe signs of a Salmonella infection:

Diarrhea and a fever higher than 102 degrees Fahrenheit
Diarrhea for more than three days that is not improving
Bloody diarrhea
So much vomiting that you cannot keep liquids down
Signs of dehydration, like not peeing much, having a dry mouth and throat, and feeling dizzy when you stand up

And again, if you have onions in your home and you're not 100% sure where they're from-say, if they no longer have a sticker attached-it's really safest to throw them out.