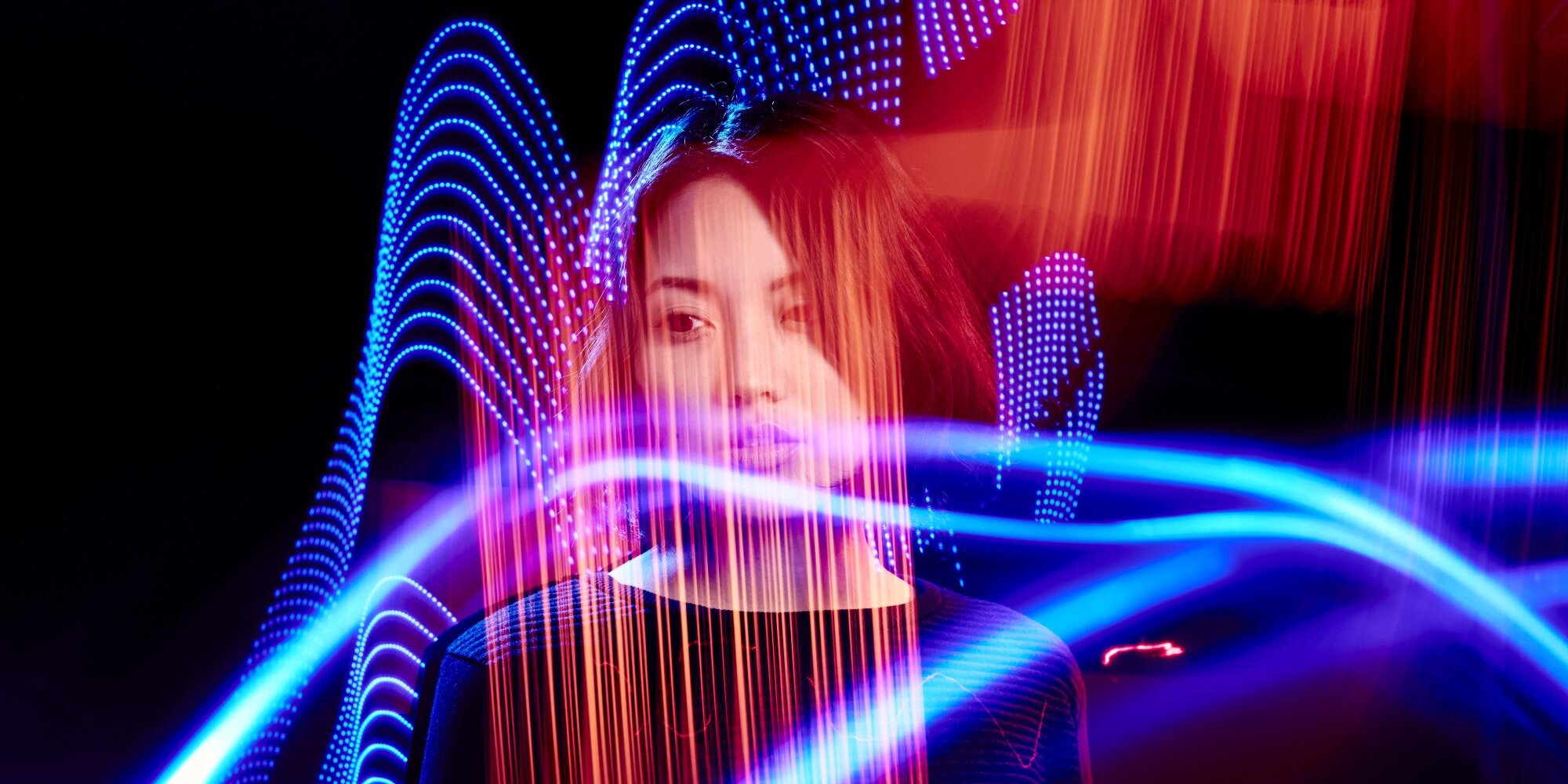 The different types of seizures depend on where they start in the brain, how they affect consciousness, and what symptoms they include.

Figuring out which type of seizure a person has had can play a big role in getting them proper treatment. For decades, most people thought there were two main types of seizures: grand mal and petit mal (technically "big illness" or "little illness" in French, denoting "big" or "little" seizures). After that, doctors described seizures as either partial or generalized, according to the Epilepsy Foundation-but that still didn't capture the many different types of seizures people had.

Then, in 2017, the International League Against Epilepsy (ILAE) turned that thinking on its head when it came up with a new classification system for seizures based on where they begin in the brain. As a result, it determined there are three main types seizures:

But that's not all: Within these three broad categories are many subcategories of seizures, largely based on the level of awareness a person has during a seizure and other features (like motor symptoms). In fact, doctors have identified more than 30 different types of seizures, according to the National Institute of Neurological Disorders and Stroke (NINDS). Understanding a bit about the different types of seizures can help you pick up on key warning signs and convey your experience (or a seizure you witnessed) to a doctor.

The first main type of seizures-focal seizures-begin on one side of the brain, in one particular area, according to the Epilepsy Foundation. "Focal means there's a focus, a spot from which everything emanates," Vikram Rao, MD, PhD, an associate professor of neurology at the University of California, San Francisco, tells Health. "Think of the epicenter of an earthquake."

There are several types of seizures within the focal category, per the Epilepsy Foundation. Those include:

This type of seizure occurs when a person is alert during the episode and doesn't lose consciousness. Focal aware seizures are the most common type of seizure among people with epilepsy, the Epilepsy Foundation says. Symptoms can include sensory changes (like a certain taste or smell), muscle twitching, seeing flashing lights, head turning, eye movements, and sweating.

Generalized onset seizures are seizures that affect both sides of the brain (or cells in both sides of the brain) at once, according to the Epilepsy Foundation. "That means that there is no epicenter," Dr. Rao says. "We think of that as kind of a network-level imbalance, where the seizure actually starts everywhere simultaneously."

Within the generalized category, a patient's awareness is always impaired, and so seizure types are based largely on symptoms. The types of generalized seizures include:

Formerly known as "petit mal" seizures, absence seizures are characterized by non-motor symptoms like staring spells and brief twitches. "[These] manifest as the person just going offline, almost like hitting the pause button," Dr. Rao says. "The individual might stare blankly, even mid-sentence, become unresponsive, flutter their eyelids, and smack their lips a little bit." This type of seizure lasts about 10 seconds. In some cases, however, absence seizures can be atypical (known as atypical absence seizures), which means they last for 20 seconds or more, the Epilepsy Foundation says.

These seizures are probably the first thing many people think of when the imagine a seizure. Known previously as "grand mal" seizures, tonic-clonic seizures are the most intense and alarming types of seizures a person can have. They include a "tonic" phase, in which a person typically stiffens or becomes unconscious; followed by a "clonic" phase, wherein a person can jerk rapidly, the Epilepsy Foundation says. These episodes can last for one to three minutes-but if they last five minutes or more, emergency medical attention is needed.

According to the NINDS, tonic seizures are just one type of generalized seizure. They typically cause muscles in the body to stiffen-usually those in the back, legs, and arms. The Epilepsy Foundation says these episodes typically happen while a person is asleep, and usually last about 20 seconds.

The NINDS says atonic seizures are essentially the opposite of tonic seizures-they cause a loss of muscle tone, causing a person to fall down or drop their head involuntarily. These seizures may also be called "drop attacks" or "drop seizures," per the Epilepsy Foundation, and can last less than 15 seconds.
Clonic seizures

Clonic seizures cause repeated jerking movements on both sides of the body, the NINDS says. But these types of seizures are rare-the Epilepsy Foundation says they most commonly occur in babies. More often, clonic seizure are seen as part of tonic-clonic seizures.

Like clonic seizures, myoclonic seizures cause sudden, jerking movements, but are mainly confined to the upper body, arms, or legs, per the NINDS. They may also be entirely normal in some situations: "You've probably had these yourself, where you're falling asleep and an arm or leg will kind of jerk," Derek Chong, MD, MSc, vice chair of neurology at Lenox Hill Hospital in New York City, tells Health. "That's normal, but if you have that at 10:00 in the morning when you're drinking your coffee, then that's abnormal, because you're fully awake."

Sometimes, doctors don't know where a particular seizure began in the brain. In those cases, it's called an unknown onset seizure, the Epilepsy Foundation says. Unknown onset seizures can also be classified as such if they're not witnessed or seen by anyone else, say, if they happen at night or if the person experiencing the seizures lives alone.

Sometimes, eventually, unknown onset seizures can be classified as either focal onset or generalized onset seizures, once doctors learn more about the person's specific situation.

Something important to know about seizures in general: They aren't all related to epilepsy. Sometimes, a person without epilepsy can experience a seizure. However, the NINDS insists that regardless of what causes a seizure, or the type of seizure, all seizures should be checked out by a doctor. Here are the most common examples of seizures not related to epilepsy

A person doesn't technically have epilepsy until they've had more than one seizure-the Centers for Disease Control and Prevention (CDC) specifically states that a person is diagnosed with epilepsy once they've had at least two seizures. In fact, the majority of people who have first seizures don't go on to have a second, unless they have a family history of epilepsy or other neurological abnormalities, per the NINDS.

First seizures can either be provoked or unprovoked, meaning they may or may not have a clear cause. Provoked first seizures can often be caused my medical issues, like very low or very high blood sugar, disturbances in salt levels, or impaired kidney or liver function.

Sometimes a child can have a seizure caused by a very high fever during an illness, known as a febrile seizure, according to the NINDS. Specifically, the NINDS says that febrile seizures most often accompany fevers above 101 degrees Fahrenheit, and usually affect children ages 6 months to 5 years old-children have the greatest risk of having a febrile seizure at 2 years old.

Most febrile seizures don't cause any lasting damage, but NINDS says there is a small chance of injury if the child falls or chokes on food at the time of the seizure.

It's possible for someone to have "non-epileptic spells," which aren't a type of seizure, but often look like one. These are technically called psychogenic non-epileptic seizures (PNES). "These are considered to be psychogenic, which means that they come from the mind rather than from a physical problem in the brain," Dr. Rao explains. "They're sort of manifestations of stress or unresolved emotional conflict within somebody."

Dr. Rao says these cases are actually quite common. "About 25% of the patients who get referred for in-patient monitoring end up with a diagnosis of non-epileptic spells," he says. "Meaning that during a seizure, the brain activity [as observed during an EEG] is actually normal as far as we can tell. But the episode might look for all the world like a seizure." These seizures are often mistaken as epilepsy, the NINDS says; some people with epilepsy may even have psychogenic seizures in addition to their epileptic seizures.

Why do the types of seizures matter?

The reason it's so important for a doctor to determine the type of seizure a patient has-and specifically where in the brain his or her seizures are beginning-is because that information will help determine the person's treatment plan.

Unfortunately, it can be tricky to accurately diagnose a particular type of seizure, at least at first. That can be because nobody was there to witness (and therefore describe) a patient's seizure; or it could be because an observer is there but he or she offers an inaccurate or incomplete account.

If a seizure's onset remains undetermined, it's called an "unknown onset seizure." But the promising news is that, with the help of an attentive doctor and testing-including an MRI scan of the brain and an EEG to record its electrical activity-many people can eventually know which type of seizure they had and begin exploring treatment options.