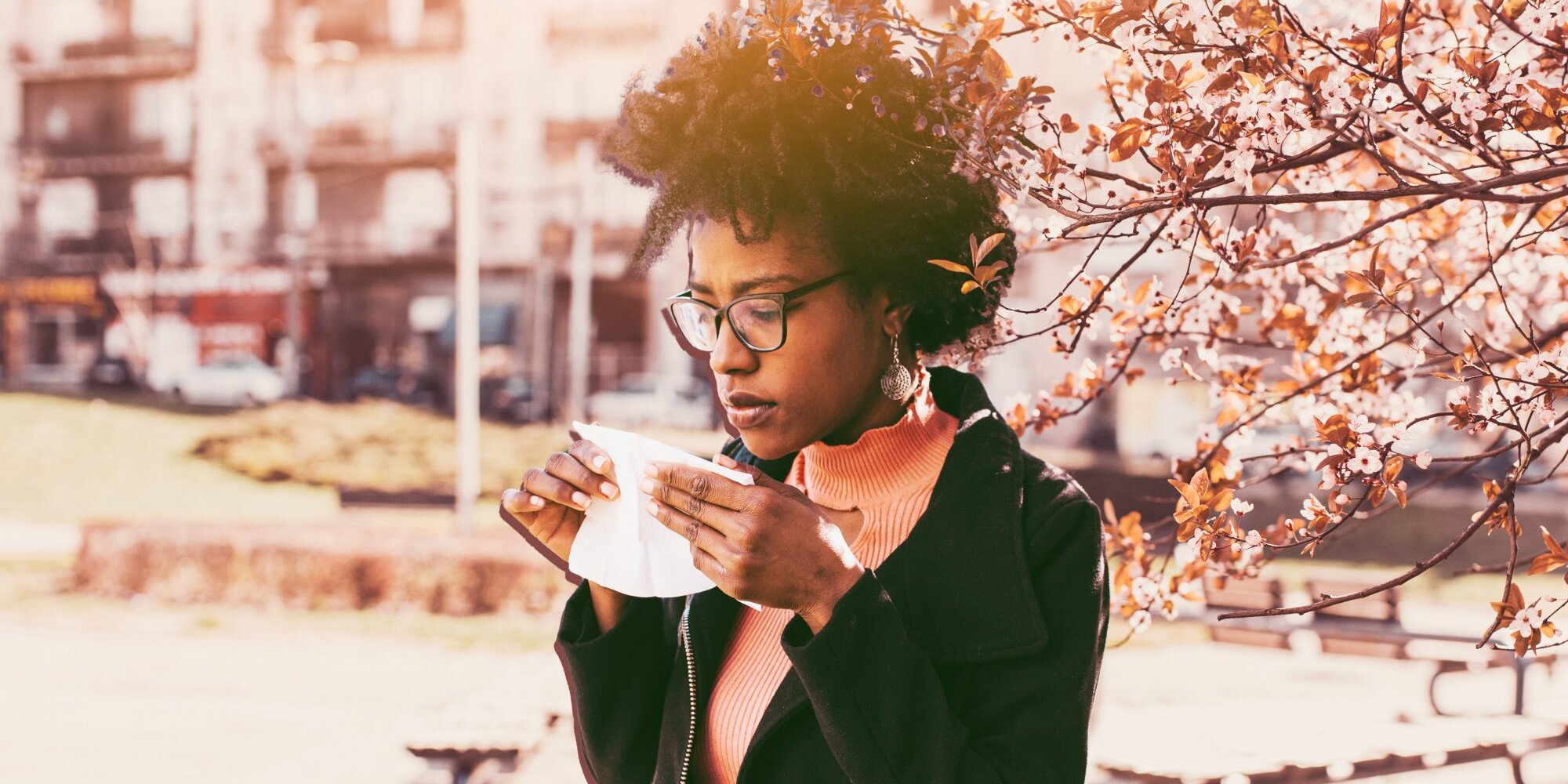 What Causes Fall Allergies? How to Get Yours Diagnosed and Treated

Everything you want to know about those annoying seasonal sniffles.

With the arrival of fall comes cooler temperatures, reassessing your wardrobe, and for some, fall allergies. More than 50 million Americans suffer from allergies, also called "allergic rhinitis" or "hay fever," each year. An abnormal immune response after exposure to an allergen, allergies can cause inflammation in the nasal passages which then often leads to symptoms like sneezing, runny nose, congestion, and watery eyes.

"All of these symptoms will generally be the same whether you have allergies in the spring or the fall," Mark Moss, MD, director of the clinical research program in the division of allergy and immunology at UW-Madison and an allergist at UWHealth in Madison, WI, tells Health. "The big difference is what's triggering those symptoms."

Read on to learn more about fall allergies, what causes them, and how they're diagnosed, according to allergists.

What can cause allergies in the fall?

Spring allergies, Dr. Moss says, are usually triggered by tree pollen. Someone with a tree pollen allergy might first experience symptoms in early spring, with ongoing symptoms through summer if they're also allergic to grass pollen. Fall allergies, on the other hand, occur in response to specific allergens that start to show up around September, including the following:

According to Dr. Moss, the most prevalent allergen present in the fall months is ragweed. "The trigger for ragweed to pollinate is the shortening of daylight," he says. "For that reason, the beginning of ragweed pollen season is almost like clockwork, occurring in the middle of August and generally peaking around the beginning of September."

Deeba Masood, MD, an allergist and immunologist at the Northwestern Medicine Medical Group in Vernon Hills, IL, tells Health that ultimately, the length of a year's ragweed season depends on the temperature-it needs warm, but not too hot, temperatures to survive. "Nowadays, it seems to last three to four weeks longer, starting the first of August through mid-October," she says, adding experts suggest climate change as a contributing factor.

Mold-a fungus with seeds called "spores" that travel through the air-is another common cause of fall allergies, according to Dr. Masood. Because some types of mold spores thrive in humid environments, she says mold is common in damp leaf piles. According to Dr. Moss, it can also accumulate in other rotting plant materials or gardens.

Trees, grass, and other weeds

While it may be the main allergen, ragweed isn't the only fall culprit. Dr. Moss says other types of weeds, such as pigweed, marsh elder, and mugwort also plant their seeds through pollination in the fall months so they can reproduce in the following year.

Depending on where you live, trees and grass can also pollinate during fall. According to Dr. Moss, parts of the American west coast as well as the south experience some grass pollination in the fall. Sayantani Sindher, MD, clinical associate professor of allergy and immunology at Stanford University School of Medicine and an allergist with Stanford Healthcare, tells Health there are many trees that bloom in the fall months, as well. "For example, in California, elm pollen is one of the highest allergens right now," she says.

How are fall allergies diagnosed?

According to Dr. Moss, the appearance of traditional allergy symptoms around the end of August or September every year is a pretty good indicator of fall allergies. One simple way to diagnose fall allergies is to treat them. "If someone's symptoms improve with allergy treatment, you can feel pretty confident that they are symptoms due to fall allergies," he says.

Another way to confirm allergies is to visit an allergist for a test. While some allergists do blood tests, Dr. Masood says allergy skin-prick testing is the gold standard. This skin-prick test is used in conjunction with a person's medical history to figure out exactly what they're allergic to.

Sometimes, it can be difficult to differentiate between a viral illness (like a cold or COVID-19) and allergies, but there are a few key things to look out for. According to Dr. Sindher, allergies rarely come with a fever, which is a symptom more commonly associated with a viral illness. And Dr. Masood says allergies are more likely to present at a specific time of year and last for weeks rather than several days, which is the typical length of a cold. "When symptoms linger, it's more likely that you have allergies rather than the common cold," she says. And, of course, if you are worried that you have COVID-19 for any reason, it's important to get a test and continue following all safety protocols.

Once you're diagnosed with fall allergies, there are several ways to treat the symptoms. Simple changes to your routine can be helpful: for example, Dr. Masood recommends monitoring your local pollen count and staying indoors during peak hours (usually mid-morning to early afternoon). It may also help to keep your car and home windows closed during fall allergy season, and take off your shoes and jacket before going inside to prevent tracking in pollen you may have picked up outdoors.

Allergy medication can also prevent symptoms. Dr. Moss says the best medicine is a nasal steroid spray, such as Flonase, Nasacort, or Rhinocort. While these sprays are helpful in treating all allergy symptoms, she says they can take a week or two to fully work.

Her second choice-and one of the most common treatments-is the use of over-the-counter antihistamines, such as Zyrtec, Claritin, or Allegra. These drugs work by blocking histamine, the chemical produced by the immune system during an allergic reaction. According to Dr. Moss, they work within minutes to hours. Another antihistamine, Benadryl, can also help with symptoms, but she says it can cause unwanted side effects like sleepiness and dry mouth.

Dr. Sindher likes to pair nasal spray with a saline rinse, like a Neti pot, which can remove allergen triggers from the nasal passage. She recommends flushing out your nose with the saline rinse 20 to 30 minutes before using a steroid nasal spray for maximum effect.

Fall allergies can be uncomfortable and even impairing, so if you think you're experiencing them and aren't getting relief at home, make an appointment with your primary care provider, who can refer you to an allergist if needed.