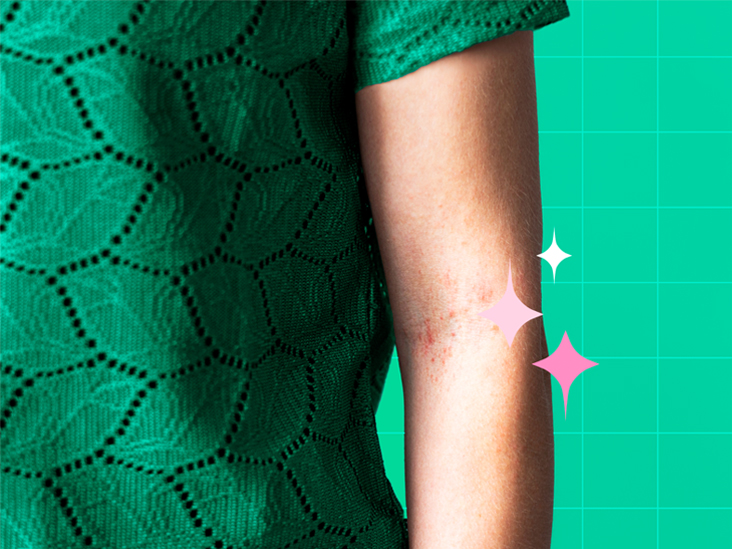 What’s the Diff Between Eczema and Psoriasis?

Your skin is maddeningly itchy and splotchy, so you ask good ol’ “Doc Internet” to see what might be going on.

Maybe it’s eczema. The symptoms seem to fit. But then you stumble upon an article about psoriasis and you’re not so sure.

Do you have eczema, psoriasis, or just a rando rash that will eventually bugger off?

Eczema and psoriasis can look a lot alike. But they’re distinctive itch animals that require different treatments. Here we break down how to spot the difference between these two frustrating skin conditions.

How psoriasis and eczema feel

Psoriasis may be itchy or even sting like a burn. Affected thick patches of skin often feel dry, cracked, and scaly.

Psoriasis is a systemic inflammatory illness that can also cause stiffness and swelling in the joints and surrounding tissue. This is called psoriatic arthritis or PsA. People who have PsA may also experience severe pain and fatigue as part of their overall psoriatic condition.

Eczema is actually the umbrella term for seven different types of itchy skin conditions. Eczema is often even itchier than psoriasis. In some cases, people with eczema scratch their skin so much it bleeds. It can also ooze and crust. The inflamed patches might become swollen or feel rough and leathery.

Psoriasis looks red or deep purple and is often covered in silvery scales. The spots are sometimes smaller and well defined. In severe cases, they may converge over a larger area. Psoriasis can also cause your nails to become cracked or pitted.

Depending on the type of eczema, affected skin can blister, crust, develop circular lesions, or swell. Eczema patches typically turn red, brownish-red, purple, or ashen, depending on your skin color.

Psoriasis often forms on the elbows and knees, where it can initially be confused with just dry, albeit itchy, skin. It’s also common on the scalp, where it might be mistaken for dandruff. Psoriasis can show up on the palms, and soles of feet, among other places.

Eczema, on the other hand, often forms in the crooks of elbows and knees, rather than the outside of the joints. Eczema can also show up between fingers and toes and in other sensitive areas.

Triggers are not a cause of psoriasis, but they can bring on a flare of worsening symptoms, like itching, pain, fatigue, and joint swelling. What might trigger a psoriasis flare in one person may not have the same effect in someone else with the condition.

As for many chronic conditions, stress is a common bugger for psoriasis. Having a cold, the flu or another illness can also kick psoriasis into high gear.

Researchers have found a link between strep throat and guttate psoriasis, which is characterized by small round, scaly spots. A skin injury, such as a sunburn or cut might also bring on a flare.

Eczema triggers also vary from person to person. Dry skin is one of the most common issues that can lead to a flare, so changes in the weather can be problematic for eczema too.

People with eczema may also recognize certain irritants, like nickel in jewelry or chemicals in skin care products as triggers. With eczema, stress can also be a catalyst for bringing on the itch.

Treatment for psoriasis often starts with topicals, either over the counter or prescription to help combat itch.

For moderate to severe psoriasis (or when joints are affected with PsA), systemic treatment such as biologics and biosimilars are often prescribed. Systemic drugs are sometimes taken orally. Other times, they’re given by injection or infusion.

Treatments for eczema may involve:

Helpful skin care regimens include bathing in lukewarm (rather than hot) water then following up with ointment creams to seal in moisture. To treat intense itching, wet wrap therapy - a process of wrapping a wet dressing in a dry dressing, usually overnight - is sometimes used.

Psoriasis and eczema are both itchy and uncomfortable, especially during a flare-up. Although they sometimes look alike, they aren’t the same thing. As far as chronic skin conditions go, they require different management.

If you’re experiencing itchy, dry, scaly patches of skin, it’s best to see a dermatologist who can help differentiate between the two diseases. A proper diagnosis puts you one step closer to getting the best treatment and finding relief.