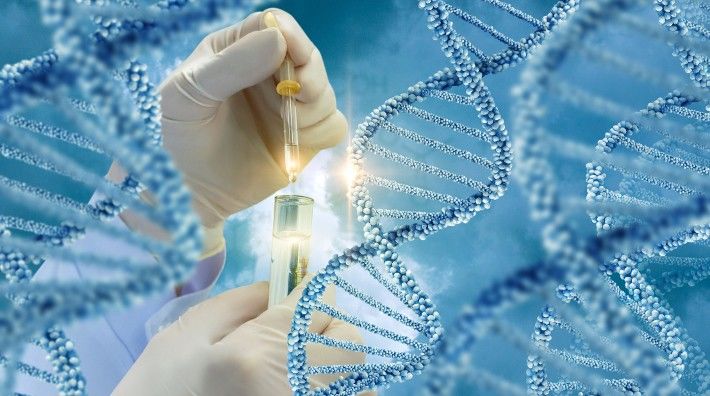 What to Know About Your Genes and Your Cancer Risk

Your genes may play a role in your chance of getting cancer.

You probably know that genetics can affect your chance of getting cancer. But it’s not always as simple as the genes you inherit from your mom or dad. Many things shape your cancer risk, and you have the power to change a lot of them.

To understand what you can change and what you can’t, you’ll want to know what your genes are. Put simply, they hold your DNA, which tells your cells what to do and how to behave. Your genes also set certain features, like your eye color and height. There are lots of them. Each human cell holds about 25,000-35,000 genes.

When certain genes change, or “mutate,” they can make cells grow and divide too fast. Some gene changes (mutations) make it harder for your body to repair DNA damage, or spur cells to keep growing. That can make you more likely to get cancer.

There are a lot of researchers are still learning about genes and cancer. But they do know that there isn’t just one “cancer gene.” Many gene glitches are usually involved.

Did You Get It From Your Parents?

You could have been born with some cancer-related gene changes that you inherit from your parents. Scientists have identified more than 50 inherited gene mutations that make cancer more likely.

For instance, you may have heard of the BRCA1 and BRCA2 genetic mutations. If you inherit either of them, you’re much more likely than someone without those mutations to get breast cancer. (One of those mutations also makes ovarian cancer more likely.) About 12% of all women get breast cancer at some point in their lives, compared with roughly 50% of those with a BRCA mutation.

But often, it’s more random than that. Experts think that inherited genetic mutations only play a role in 5% to 20% of all cancers.

If many risky mutations aren’t inherited, where do they come from? Most happen as you’re going about your life. Genes can change if exposed to certain things - like tobacco smoke, too much of certain chemicals, or too much of the sun’s rays - that damage your DNA. Often, mutations happen for reasons experts don’t understand.

Scientists don’t know all the genes and mutations that play a role in cancer. But there are some tests available for certain genes linked to it. Your doctor may recommend genetic testing to help figure out your risk if:

If you decide to get genetic testing, your doctor will take a little bit of your blood, hair, skin, or other tissue, like the cells from the inside of your cheek. Your doctor sends those samples to a lab, where a technician will look for certain changes that show you have a genetic mutation.

Before You Get Genetic Testing

You’ll want to check with your health insurance company to see if it’s covered, since genetic testing can be costly. If you find out you’re at risk, you may need help handling the emotions that could come up. It also affects your family. For example, let’s say you have a mutation in the BRCA1 gene. Your daughter may not want to know this, because it means there’s a higher than average chance that she has it too.

If your medical team recommends genetic testing, get counseling from a health care professional first. This can be from someone like a genetic counselor. They can help you understand what the tests can or can’t tell you, so you can make the best decision for you. You’ll also want to meet with them when you get the results.

Having a genetic mutation linked to cancer doesn’t mean you’ll definitely get that type of cancer. For example, experts estimate that 69% of women with a BRCA2 mutation will get breast cancer by age 80 - and the other 31% won’t. (Unfortunately, there’s no way to tell whether a woman with a BRCA2 mutation will or won’t get breast cancer, and since it’s more likely than not, the smaller chance of not getting breast cancer wouldn’t change your treatment options.) What’s more, you inherit genes from both your parents. In some cases, your odds of getting cancer only rise if you inherit a copy of a gene mutation from both of your parents.

Although many cancers happen randomly, there’s a lot you can do to lower your risk with a healthy lifestyle.

There’s even some evidence that nutrition and lifestyle choices may impact the way certain genes behave. For example, one study from the University of California, San Francisco, found that after 3 months of eating healthfully and exercising regularly, men with early stage prostate cancer had less activity in genes that play a role in whether cancer tumors form, while certain cancer-fighting genes were more active.

The bottom line? Genes can tell you some information about your chance of getting cancer. But it’s also important to focus on smart choices every day that boost your overall health.