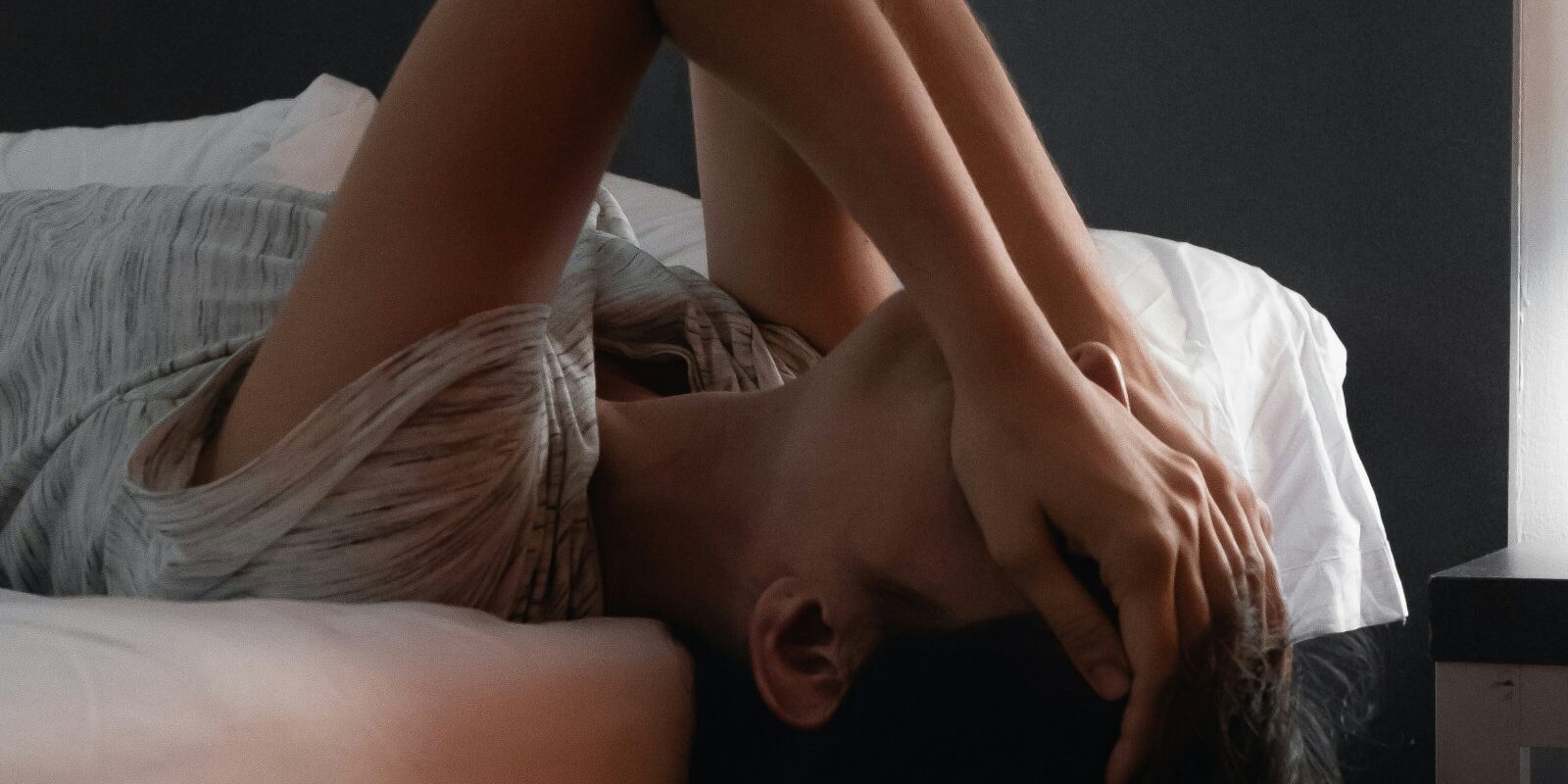 It's time to get to the bottom of your restless nights.

You probably already know how much sleep you should be getting (cough, seven to nine hours, cough)—but if you're not getting that required amount, you've got something else to figure out: What's stopping you from getting all the shuteye you need.

Let's face it: There are tons of conditions that can make drifting off at night more difficult—not to mention conditions that disrupt your nightly sleep or make it impossible for you to fall back to sleep once you're already up. Luckily, we've got you covered. Here, sleep doctors weigh in on the most common reasons that prevent people from getting adequate sleep, and what you can do about it.

Insomnia is broken down into different classifications, Michelle Drerup, PsyD, a psychologist at the sleep disorders center at Cleveland Clinic, tells Health. According to the US National Library of Medicine's MedlinePlus resource, patients can suffer from either acute insomnia, which can last for less than a month, or chronic insomnia, which must last for at least a month to be considered as such. Additionally, Dr. Drerup says insomnia must occur at least three nights a week in order to be classified as chronic.

A number of treatments can help people who suffer from insomnia, including cognitive behavioral therapy and certain medications. Lifestyle changes can also help; Dr. Drerup recommends patients stick to a specific wake-up time each mornin-and sticking to that time on the clock, even if you weren't able to fall asleep as quickly as you may have wanted the night before.

Nocturia, or a condition that makes patients make many trips to the bathroom during the night, is another condition that can make it hard to get enough sleep, Dr. Drerup says. According to the National Association for Continence (NAFC), nocturia can affect people at any age, but it mainly affects those over 60. The NAFC also reports that, for women, nocturia can be a consequence of menopause, childbirth, or pelvic organ prolapse; for men, it can be attributed to an enlarged prostate. A number of other conditions, such as heart disease, can contribute to nocturia, as well. There are controllable contributing factors too, including caffeine and alcohol intake and the amount of fluid you drink before bedtime, per the NAFC.

Since some of the factors are within your control, lifestyle changes, such as monitoring your caffeine and alcohol intake, might help with nocturia management. If lifestyle changes don't help, your doctor can prescribe certain medications that relax the bladder or relieve bladder spasms are used to treat the condition, according to the NAFC.

Sleep apnea, a condition in which a person's breathing stops and starts throughout the night, is one of the top conditions that causes patients to suffer from lack of sleep, Andrew Varga, MD, a sleep medicine specialist at Mount Sinai Hospital in New York, tells Health.

Dr. Drerup explains that the symptoms of sleep apnea can trigger disruptions in one’s sleep by causing the individual to wake up and then have difficulty falling back asleep. Sleep apnea can cause patients to gasp for air while sleeping, and it can also cause loud snoring, according to the National Heart, Lung, and Blood Institute (NHLBI).

Sleep apnea can be managed a number of ways. Some patients use a device called a positive airway pressure (PAP) machine that can help keep their airway open while they sleep. Additionally, maintaining a healthy weight and eating heart-healthy foods are recommended to patients who suffer from sleep apnea, according to NHLBI.

Many medications can make it difficult to fall asleep at night-specifically stimulants taken by individuals with attention-deficit hyperactivity disorder (ADHD), Dr. Drerup says. Examples include methylphenidates (such as Ritalin) and amphetamines (such as Adderall). Decreased sleep is a known side-effect of the use of prescription stimulants, and, for this reason, people who depend on the medications might need to consider taking them earlier in the day, rather than right before bedtime, Dr. Drerup says.
Steroids

Steroids help reduce inflammation, which means they are used to treat a number of conditions. The drugs-sometimes referred to as corticosteroids-are used to relieve symptoms of asthma, arthritis, autoimmune diseases (including multiple sclerosis and lupus), certain cancers, and some common skin conditions (including rashes and eczema). While steroids can be extremely beneficial, they can also cause individuals to have a harder time falling asleep, Dr. Drerup says. If you’ve been prescribed steroids that are making it impossible to sleep through the night, it might be worth having a conversation with your doctor to explore your options.

Post-traumatic stress disorder (PTSD), is a disorder that develops in response to traumatic events that people either experience or witness (think: a car accident or the sudden, unexpected loss of a loved one), according to the MedlinePlus. One symptom of PTSD is having difficulty sleeping at night, Dr. Drerup says. According to the US Department of Veterans Affairs, PTSD can keep people awake for multiple reasons. It could be because individuals with the disorder feel they need to be on guard at all times, or it could be due to negative thoughts that make falling asleep challenging. Additionally, nightmares can contribute to the issue. Many different treatments can help alleviate the symptoms of PTSD, including talk therapy and certain medications. Individuals with PTSD can learn to identify their trigger through talk therapy sessions to better manage the condition.

Dementia is defined as “a loss of mental functions that is severe enough to affect your daily life and activities,” per MedlinePlus, and disrupted sleep is among the many symptoms that can accompany a dementia diagnosis. While there are no known cures for dementia, a number of treatments can be used to help manage the disease. Medications can help with symptoms such as disrupted sleep and anxiety, while occupational therapy, speech therapy, and mental health counseling are also used to treat the condition.

It’s no secret that pain can make it difficult to fall asleep at night. Whether it’s a pounding headache or a gnawing stomach ache, chances are some form of pain has caused you to stay awake far longer than you wanted to at least once or twice. Chronic pain of any type can make getting enough sleep difficult, Dr. Drerup says. If your pain management routine isn’t working well enough to allow you to get enough sleep, you might want to consider having a conversation with your doctor about other alternatives that might make it easier to rest.

Restless legs syndrome (RLS) causes people to feel an urge to move their legs, and can make it difficult to fall—and stay—asleep. In fact, Dr. Varga says RLS is another of the conditions most often responsible for a lack of sleep. While the exact cause of RLS is unknown, it has been linked to certain medications, as well as alcohol, caffeine, and nicotine use. There's no cure for RLS, but lifestyle changes, like cutting back on identifiable triggers, can help with the management of RLS, as can certain prescribed medications.

Because so many different lifestyle factors affect how much sleep you get—as well as your quality of sleep—it can be difficult to pinpoint what's causing your less-than-stellar shuteye. Luckily, you can start narrowing down your triggers: Among dietary and lifestyle factors, caffeine, alcohol, and nicotine, are common culprits, Dr. Varga says. Additionally, napping during the day (especially now that many of us are working from home) can throw off your nighttime routine. Even healthy habits, such as exercising, can affect how much sleep you get: Exercising too close to your bedtime can have a negative effect on your sleeping routine, Dr. Varga says. If you’ve tried working through all of the (many) lifestyle habits that can affect how much sleep you get each night and you still find yourself exhausted during the day, it can’t hurt to contact your primary care doctor and ask to get referred to a sleep specialist in your area.